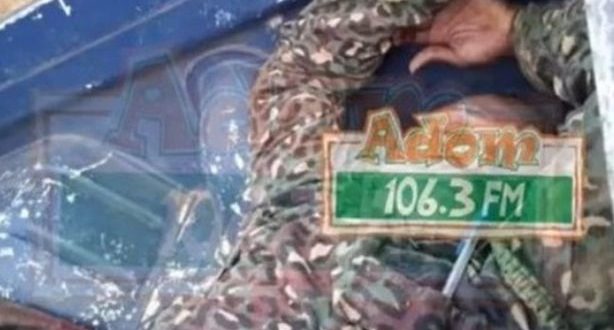 Immigration officer killed near Nandom while on duty

Share
An officer with the Ghana Immigration Service has been shot dead by unknown assailants at Kokoligu, a village between Nandom and Hamile in the Upper West Region

The deceased has been identified as Michael Otu, an Operation Conquest Fist officer who guards vantage points at the border.

According to him, they received a distress call about the incident and rushed to the scene to find Mr Otu’s lifeless body.

“We called other intelligence bodies and the police to the scene and after examining the body, we realised he had three shots from behind,” he narrated.

He also explained signs of struggle were observed at the crime scene with his body hidden under a bridge and his gun taken away following the murder.

The PRO explained investigations were underway to arrest the perpetrators and also know the rationale behind the killing.