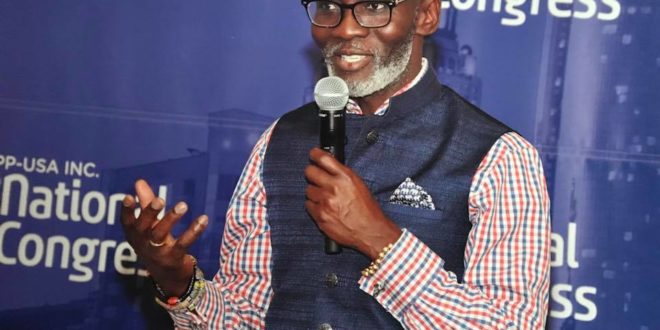 A leading member of the New Patriotic Party (NPP) Gabby Asare Otchere-Darko says he is not bothered by insults hurled at him on Twitter.

His focus according to him, has always been to get his message across so he looks at the brighter side of his tweets which includes the impression, likes and retweets.

The founder of the Danquah Institute says he does not look at the insults because over the years he has noted that 90% of the people who respond to his tweet only rain insults.

He was speaking on Accra-based Asaase Radio when he made this known.

Gabby Asare Otchere-Darko said “I’m just a social commentator who when he has something to say he goes on Twitter. A question was asked that Gabby now all the insults you get on Twittter why do you still tweet.

And I said I have about 450,000followers on Twitter. When I tweet I will have maybe 70, 90 people replying and 90% of them will insult me. I don’t look at those who insult me, I won’t even respond to them. I look at those who like what I tweet, those who retweet and those who will see it and not comment. At least my word has got to them but not those who are waiting…Even when I tweet about Arsenal they will insult me and say I should go and tell my uncle. I’m not worried about those”.