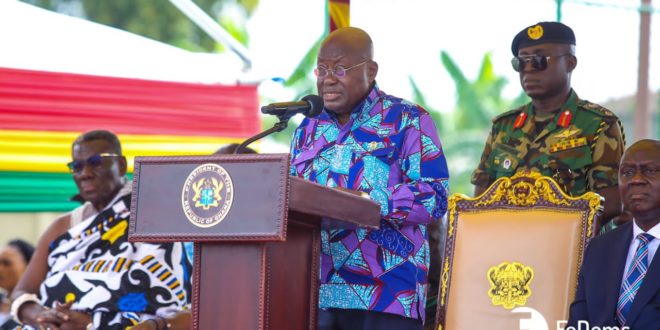 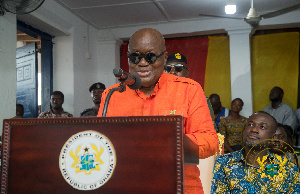 President Nana Addo Dankwa Akufo-Addo has responded to persons he thinks are his ‘political’ detractors in the Ashanti Region.

According to him, these people will be shamed one by one by the numerous work he has done for the people in the region considered the ‘political world bank’ of the governing party.

President Akufo-Addo stated that for the past six years that he has been in office, the people of the Ashanti Region have benefitted enough from his government, therefore, his detractors cannot say otherwise.

He maintains that there is enough proof to show that the Ashanti region has benefitted in terms of development from his government.

“And to those of you going around saying bad things about me in the Ashanti Region, one after the other, they are all going to be shamed convincingly, today, tomorrow and the day after.

“God bless all of you one by one,” President Nana Addo Dankwa Akufo-Addo said during a sod-cutting ceremony of the Suame Interchange, on October 18, 2022.

“In spite of our present difficulties which I know will be gone as soon as possible, I continue to be excited about the future prospects of the nation and I urge all Ghanaians to join hands in building the Ghana that we want, we can realize it if we all work at it,” the President added.

President Nana Addo Dankwa Akufo-Addo, then outlined some past and present road projects the government has undertaken in the Ashanti region just to buttress his point.

“Apart from this project, Government is tackling critical road projects throughout the country in a holistic manner, so that every part of Ghana shall have quality, all-weather roads. In the Ashanti Region alone, the Akufo-Addo Government has completed the asphalt overlay of 295kms of roads since 2017.