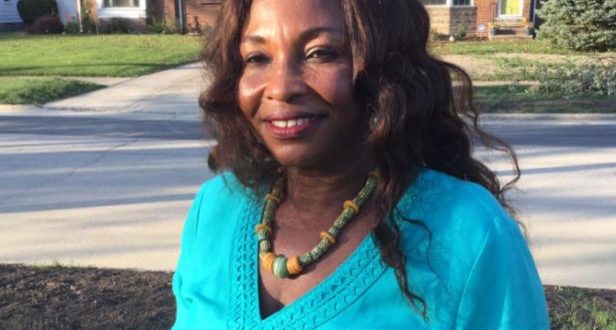 Over five years ago when she departed from the country, Kyeiwaa said she failed to land any ‘decent’ job due to her educational background and low qualification in various sectors.

Consequently, she landed an eatery job to make ends meet, but her decision did not sit well with Ghanaians.

When reports first broke that the celebrated actress was a ‘banku’ seller in Massachusetts, London, Ghanaians subjected her to mockery, for what they say is a retrogression.

A Ghanaian, who spotted her at the eatery, took unpermitted photos of Kyeiwaa and circulated it in social media.

Rather than be ashamed, the actress said it is proof she is not lazing around in the foreign country, and she is on the right path to making some hard currency.

According to her, the salary she receives from the eatery is more than she received as a renowned actress in Ghana.

“Some colleague actresses brought out my videos to shame me that I am now a banku seller, do you think it is easy to even land such a job? People held shows just to mock me. Do you know my salary? Can you compare it to the eatery I manage now?

“For over four years before I left Ghana, I was not shooting any movie because producers believed I was outdated. It was at a meeting they agreed to sideline me. I would have been long dead if I was still in Ghana due to hunger,” she fumed.

She expressed how disappointing it is that people go out of their way to denigrate her well-earned reputation.