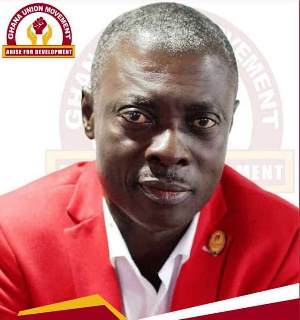 Founder of the Ghana Union Movement (GUM), Reverend Christian Andrews has taken a swipe at the governing New Patriotic Party (NPP) for circulating a video of his prophecy which he gave in 2016 that the party would stay in power for 40 years.

In 2016, Reverend Christian Andrews prophesied that President Akufo-Addo will serve two terms and after him, his Vice Dr. Mahamudu Bawumia will also serve 8 years followed by Alan Kyeremanten in that order.

He even asked political parties to collapse their parties because the NPP was going to rule forever.

He added at the time the NPP would stay in power for 40 years with 5 different presidents coming the elephant family.

However, he has formed a movement and filed to contest in the 2020 presidential election.

The man of God who is popularly known as Osofo Kyeri Abosom is of the view the NDC and NPP have failed Ghanaians.

But in a twist, the man of God said although he prophesied that the NPP was going to rule for years, that prophecy is no longer valid because the NPP has failed to do what God wants.

He indicated in his bee video that God has taken his hands off President Akufo-Addo because of his wickedness and failure.

He said the NPP will lose this year’s election miserably considering the means they have created and the hardship Ghanaians are going through today.