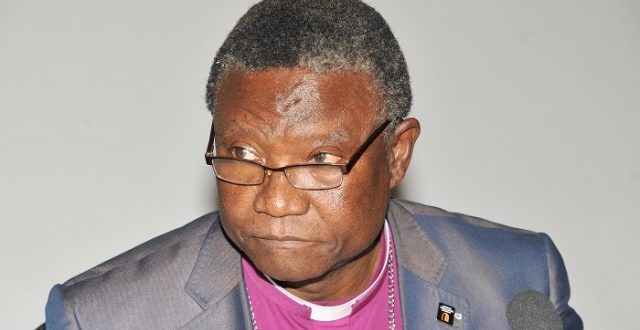 Chairman of the National Peace Council (NPC), Most Rev. Prof. Emmanuel Asante has stated that he does not hold the membership card of any political party in the country.The Chairman of the NPC noted that he is a citizen who exercises his franchise during national elections, however, he is unbiased and neutral in the discharge of his duties.Speaking in an interview on Class 91.3FM’s Executive Breakfast Show (EBS) on Thursday, 28 February 2019, Prof. Asante told show host Benjamin Akakpo that: “There is no person in Ghana who is apolitical but I don’t belong to any party, I don’t hold any party card”.He continued: “Once I vote, I’ll vote for a particular party but that is my own business and I’m not going to flaunt it”.He disclosed that he does not “campaign for any political party. I hold a double-edged sword and Ghanaians have difficulty with it”.He observed that he is “a national politician not a partisan politician” because he is concerned about the governance and the development of the nation and cannot sit unconcerned when things are not right.Prof Asante further noted that he has a good relationship with former President John Dramani Mahama and President Nana Akufo-Addo adding that “nobody is an enemy, nobody takes sides, I don’t belong here, I don’t belong there”.He, however, pointed out that it “does not mean I may not have my own preference”.Source: Ghana/ClassFMonline.com