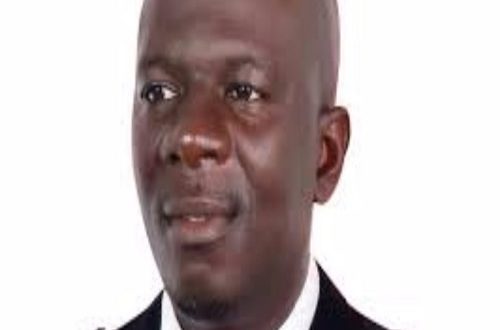 A disqualified presidential aspirant, Nana Agyenim Boateng of the United Front Party (UFP), has stated that he is taking EC to court for what he claims is an unfair disqualification.

He further alleged the Electoral Commission is being manipulated by the New Patriotic Party.

Nana Agyenim Boateng was disqualified from the presidential race on Monday by the Electoral Commission on the grounds of forgery on three of his forms but he maintains the allegation is false.

“I just spoke with them … It is the EC that do not know what they are doing… They just have something to do in mind, they are being manipulated by the office of the NPP to the presidency,” he said.

The Independent aspirant also said the news did not surprise him at all as he believes the EC is scared he will defeat president Akufo-Addo in the December 7 general elections.

“It was not a surprise to me because I knew such a thing can happen because I picked the intel that I am a threat to the president,” he said.

He also stated his suspicion that President Akufo-Addo is partly responsible for his disqualification and the increase in the filing fees for presidential aspirants.

“So the president is trying any means for me not to file, for me not to contest, I am telling you, it was because of me the EC raised the GHS50,000 to GHS100,000 that is one billion [old cedis] and I was able to pay,” he alleged.

He accused the EC of ineptitude, adding that if not for his disqualification, his victory over Nana Addo was certain.

“No, it is the EC that do not know what they are doing… let me be on the ballot, I will win Akufo-Addo hands down,” he stated.

He, therefore, dared the EC to name the three people from his constituency whose signatures were supposedly forged.

“I have contacted them, they have denied what the EC is saying so I am taking the EC to court,” he said.

“I dare the EC to bring them to the public, … they have denied and that is why I am taking the EC to court,” he stressed.

According to him, he is going to court because “I respect the supremacy of Rule of Law, I don’t want to misbehave … and I am going to win this case, and I will be on the ballot and win the presidency.

“First of all, the Electoral Commission’s itself, the register is not authentic, it is not certified, it is a provisional register. I encountered one problem at the Upper Denkyira West when one of my executive’s voter ID number is having the Upper Denkyira East document,” he said.

“We went to the EC office and they told me that it is because the register is a provisional one so they did that correction,” he added.

The other affected aspirants include independent candidates, Kofi Koranteng, and Marricke Kofi Gane, Akwasi Odike of the United Progressive Party (UPP), and Kwasi Busumburu of the People’s Action Party (PAP)

The disqualification borders on allegations of forgery of signatures and manufacturing of endorsees.

Meanwhile, the EC has explained that the GHc100,000 filing fee will be refunded to the said candidates in line with the rules surrounding the process.

However, 12 aspirants have been successfully cleared to contest the December Presidential Elections, said the EC at Monday’s briefing.