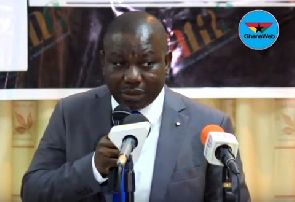 I am Bawumia and NPP’s worst nightmare – Isaac Adongo

The Member of Parliament for Bolgatanga Central, Hon. Isaac Adongo claims he scares the hell out of the governing New Patriotic Party (NPP) so much so that, their members literally begin to quiver upon hearing his name whenever economic matters are tabled for discussion.

According to him, he has become a torn in the flesh of the ruling party for his constant critique of government on economic issues; hence their resort to peddling of falsehoods against.

Hon. Adongo was reacting to a story making rounds on social media attributed to him that “Dr Bawumia has gone to India to do juju on the dollar. The cedi’s sudden strength against the dollar is not normal”.

‘You can’t use lies, deception and calumny to win political power and still wish to proceed with same to govern and maintain power.

“At the hearing of the name Adongo, NPP and Bawumia begin to quiver,” he stressed.

He has therefore advised NPP to stop circulating fake news about him because that cannot be substituted for sound economic management.

“If they lack the intellectual capacity to stabilize the epileptic cedi, they should swallow their arrogance and empty pride for the good people of Ghana to assist them with superior knowledge,” he slammed.