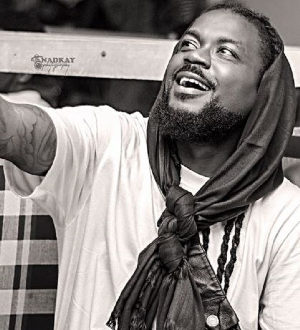 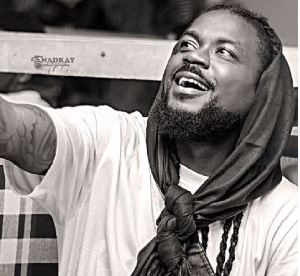 Samini is president-elect of the GIMPA SRC

Samini says his victory is the outcome of consistent campaigns

Reggae/Dancehall musician, Emmanuel Andrews, popularly known as Samini, on Wednesday, June 22 secured a landslide victory in the Students’ Representative Council (SRC) election at the Ghana Institute of Management and Public Administration (GIMPA) to become the president-elect.

At the close of polls, Samini and his running mate, Mabel Mensah, garnered 307 votes while his opponent, Theophilius Quartey secured 212 votes.
Samini’s victory makes him the first-ever mainstream celebrity to become the president of an SRC of a tertiary institution in Ghana.

To celebrate his victory, the ‘Linda’ crooner organized a party for his many supporters and followers. He was also recorded partaking in a jamboree session organized by his followers to celebrate him.

Speaking to Univers News in an exclusive interview monitored by GhanaWeb, Samini noted that his victory is the outcome of consistent groundwork and media campaigns to sell his policies to the undergraduate students of GIMPA.

“It is a relief and it feels good to have finally come to the end of this elections. It’s been quite tense this couple of weeks, but through it all, I didn’t look at it like I was going to have an automatic landslide victory. Today’s victory is a testament to the fact that I came on the grounds like an ordinary student to campaign and solicit votes,” Samini explained.

Samini also reiterated his intention to make the SRC attractive and inclusive for all students.

“As I promised earlier during the campaign periods, I would work very hard to make the SRC very attractive for students to want to be part of it,” he said.
Here is a full video of their celebratory moment.