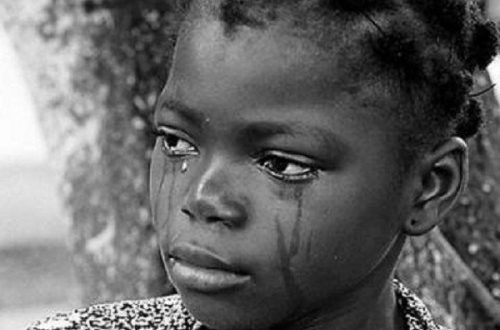 A 17-year-old girl yesterday revealed how a pastor of the Living Faith Church aka Winners Chapel lured her into drinking alcohol and thereafter took her on an almost an ending sexual pilgrimage. The suspect, who heads the Amagba community branch of the church, Pastor Kingsley Emeka Mokwunye, has been arrested by the Edo State command of the Department of State Services (DSS) for the alleged defilement of the girl.

The DSS also arrested Mokwunye’s wife for being an accomplice. The pastor, who is very close to the girl’s family, had capitalised on the regular absence of her parents to lure her into sex romps at different hotels and even in her father’s house. The girl, who is the only daughter of her parents, also narrated how Mokwunye introduced her to drinking alcohol and in the process had sex with her several times.

But a senior pastor of the Winners Chapel, who pleaded anonymity, said the church was still investigating the matter. Speaking to journalists in Benin, the girl disclosed that the pastor slept with her in her father’s house. The teenager fought tears while narrating how the illicit affair began in September last year shortly after she finished her secondary education. She said: “He used to call me to advise me to stay away from boys; to live a good life and always respect my parents. I took it like he was my own father that I could trust and tell him anything I want to say.”
While giving reasons for blowing open the secret love affair with the man of God, the girl said she wanted to leave the state for lack of concentration, pointing out that she wanted Mokwunye to be sent to jail. She added: “That was how he started calling me; talking to me till it got to a time he told me that he liked me. I took it as a normal thing. “He started taking advantage of me. He told me I did not know what he was doing for me.

started showing me things I have not seen before and took me to places I have never been to. That was how it started. He was the first person to show me how condom looked like. He taught me how to take alcohol. “He told me not to tell my parents. He said they would not understand what he was doing. He slept with me many times including in our house when my parents were not at home.” The girl, however, said the relationship had impacted negatively on her academic performance. She said: “Thinking about the thing has affected me educationally.’ I could not read. The whole thing is disturbing me. When I told his wife, she said I was lying and told me to come to their house and repeat it before her husband.

“I want Pastor Kingsley to go to jail. I was always shocked anytime I am in church and see him preach. I was afraid of telling my mother what was happening.” The girl’s father, Mr. Paul Obidah, is the board chairman of the Amagba branch of the church. Obidah, who said he had been in the church for 27 years, expressed shock that a pastor he trusted so much could destroy his only daughter. He said what pained him most was that Mokwunye had sex with his daughter in his house and even when his daughter was having her ‘monthly flow’. The father said he wanted justice in the case. He said: “I have been in the church for the past 27 years. I started the church in Kaduna State. Abioye led me to Christ. I have been in Kaduna all these years. It got to a time I decided to relocate home. “We have been in Benin serving God with our heart.

I left her to discuss. I heard my daughter tell her she had something to tell her. The next day, the woman came and told me she had seized her husband’s phone because of the calls her husband was making to my daughter. I just said maybe it was a family friend’s matter. She said he went to pick my daughter at school, I said maybe he bought her ice cream. “I was sleeping when something struck me to ask my daughter what was happening. I asked her to open up to me. She began telling me how the pastor used to make love to her in my own house; the different hotels he took her to. She said it was a burden to her.

Previous TRENDING: Angry woman urinates in the middle of a banking hall
Next Ashaiman MP sues over Zipline drone deal