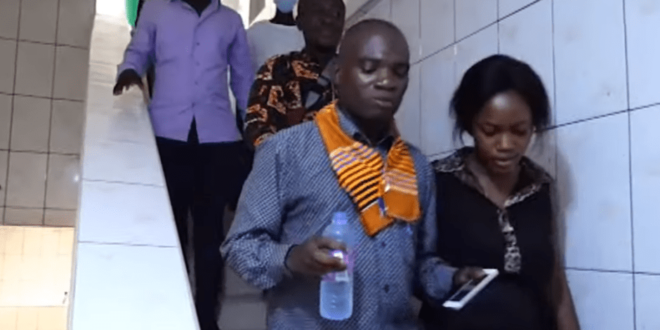 How Dr. UN tried calling Akufo-Addo on phone after his arrest

It has emerged that when Dr UN who is known as Kwame Fodjour was arrested, he made attempts to call the President of Ghana, Nana Addo Dankwa Akufo-Addo to complain to him about how a diplomat of his repute was being humiliated

According to him, he is an envoy of the United Nations who should be protected and not vilified like it is been done to him as though he has committed an unpardonable crime.

After his efforts at reaching the President failed, Dr. UN was seen un a video vowing to call on the authorities to deal with the Policemen who picked him up.

His words were that “Don’t worry, I don’t give a fuck, this will not go anywhere, they will end up being in trouble. Even the President has congratulated and awarded me for putting a good spotlight on the country “.

Dr. UN was arrested while he was at Hello FM in the Ashanti region for an interview on Friday

Reports say he jumped bail for a very long time and therefore a warrant for his arrest was issued in order to get him arrested and arraigned before court after his bail bond was extricated.