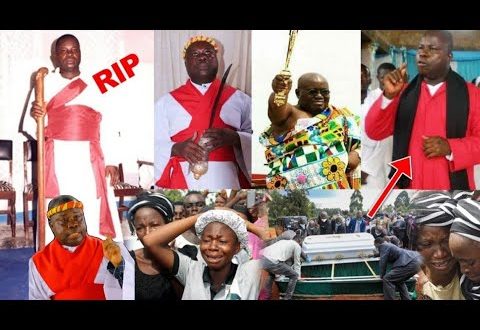 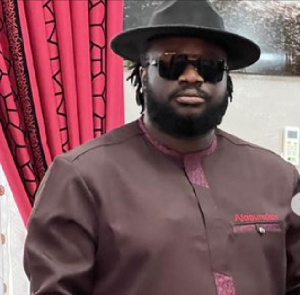 The founder and leader of the Church of Rabbi, the late Prophet Kwabena Tawiah was laid to rest on Saturday, October 15, 2022.

One of the prominent persons who attended the funeral was the leader of Universal Spiritual Outreach, Bishop Abed Kwabena Boakye alias Ajagurajah.

Addressing the funeral gathering, Ajagurajah expressed disappointment in members of the Church of Rabbi for failing to properly honour their deceased leader.

According to him, members of a spiritual church ought to be barefooted on such an occasion.

“How is it that your church leader is dead and as a member of his church you are in footwear? The prophet wouldn’t wear footwear while he was alive, so how do you come to file past his body in footwear? It is utterly disrespectful,” he fumed.

Describing the situation as indiscipline, Ajagurajah then ordered all members of spiritual churches present at the funeral to take off their footwear.

“What you are doing doesn’t show respect to even the senior pastors seated here. I am even concerned about the senior prophets gathered here. So before we proceed anyone here who is a member of a spiritual church should take off their footwear,” he commanded.

The late prophet Kwabena Tawiah died on February 28, 2022, after a short illness.

Some eight months after his passing, the late prophet was laid in state at his residence where his family, friends, loved ones and members of his church paid their last respect.