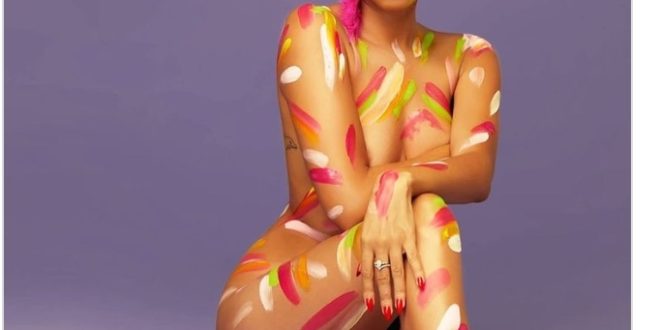 Ahead of the release of her music video, Sister Derby teased her fans with some photos she took on set, which exposed her nudity.

She described the multi colours painted on her, and her green hairstyle as art, which she said defines her life.

Sister Derby was photographed totally nude from waist up, with her hands covering her cleavage.

She wrapped herself in a ‘safe’ pose, so as not to expose any part which should rather be kept private.