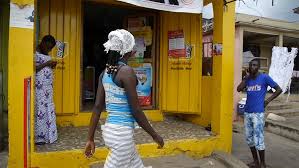 Report indicate that , A Mobile Money vendor with the name Bismark Ajare,called the CEO of #BossNation, Addul Razack Amissah Populary known in showbiz as Zack Gh complaining that he had mistakenly transferred Ghs500 to his MOMO account.

According to the Audio recorded by Zack GH, he received a call from a private number with the name Bismark Ajare.

As usual, Bismark followed the format of regular scams — the caller pleaded that  she had mistakenly sent some amount of money to Zack GH account and asked that Zack, “through the mercy of God“, send the money back.

Of course, Zack knows how to catch a scam, but he played along saying that he had received the message for the transaction and that Bismark Should contact MTN office and lodge the case so that, they can reverse the money back to Bismark’s account.

And also conspicuously odd about the message was the petty errors and omissions in text.

He received a which the caller claim she is a personnel from MTN Accra branch with the name GIFTY OSEI.

Gifty Osei called back and asked if Zack had gotten the message now and when he replied in the affirmative, the scammer then asked that the money would be sent back to Bismark instantly so he could sent it to the original destination.

Listen to the Full Conversation Below