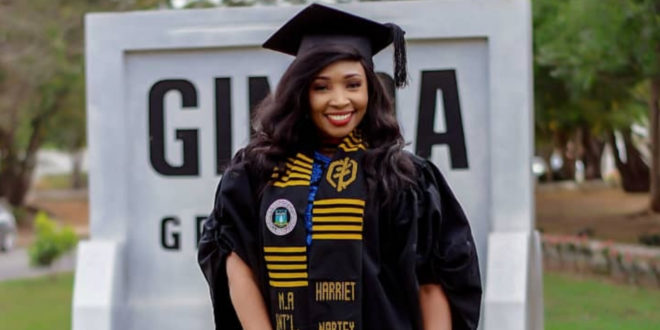 In the journalism circle, names abound when specialized fields like human rights, investigative, politics, sports, and business are mentioned. But the host of the Diplomatic Affairs show, Harriet Nartey decided to do a detour and now she is on an uncharted path not used by many-Ghana’s only journalist solely focused on Diplomacy and International Relations. That lonely track way has set her on a path to greatness as she has graduated with a Master’s Degree in International Relations and Diplomacy from GIMPA.

Many learn from the classroom before applying what they have studied in the world of work but Harriet’s story is the reverse. Life outside the classroom and her interviews with the movers and shakers in the diplomacy and international relations space taught her valuable lessons in Regionalism, African Integration, the Foreign Policy of Ghana, and Diplomatic Practice even before she stepped foot in the lecture hall at GIMPA

“I have always been intrigued by the work of diplomats. How they work around the clock to ensure cordial relations among nations, promote peace and security, support important initiatives like the Sustainable Development Goals, how they give their unflinching support to all of these yet knowing they are just birds of passage in their host countries is amazing”. She said as she grinned from ear to ear with a deep stare into the skies as though her future was being exclusively premiered to her on a projector screen on the GIMPA campus where her graduation was taking place.

After that brief trance, she remarked “people say nobody knows tomorrow, but I think we are all sculptors with the ability to mould what we want our future to look like. I just finished moulding mine by getting a Master’s Degree in International Relations and Diplomacy. It’s the starting point and there is more to come”. 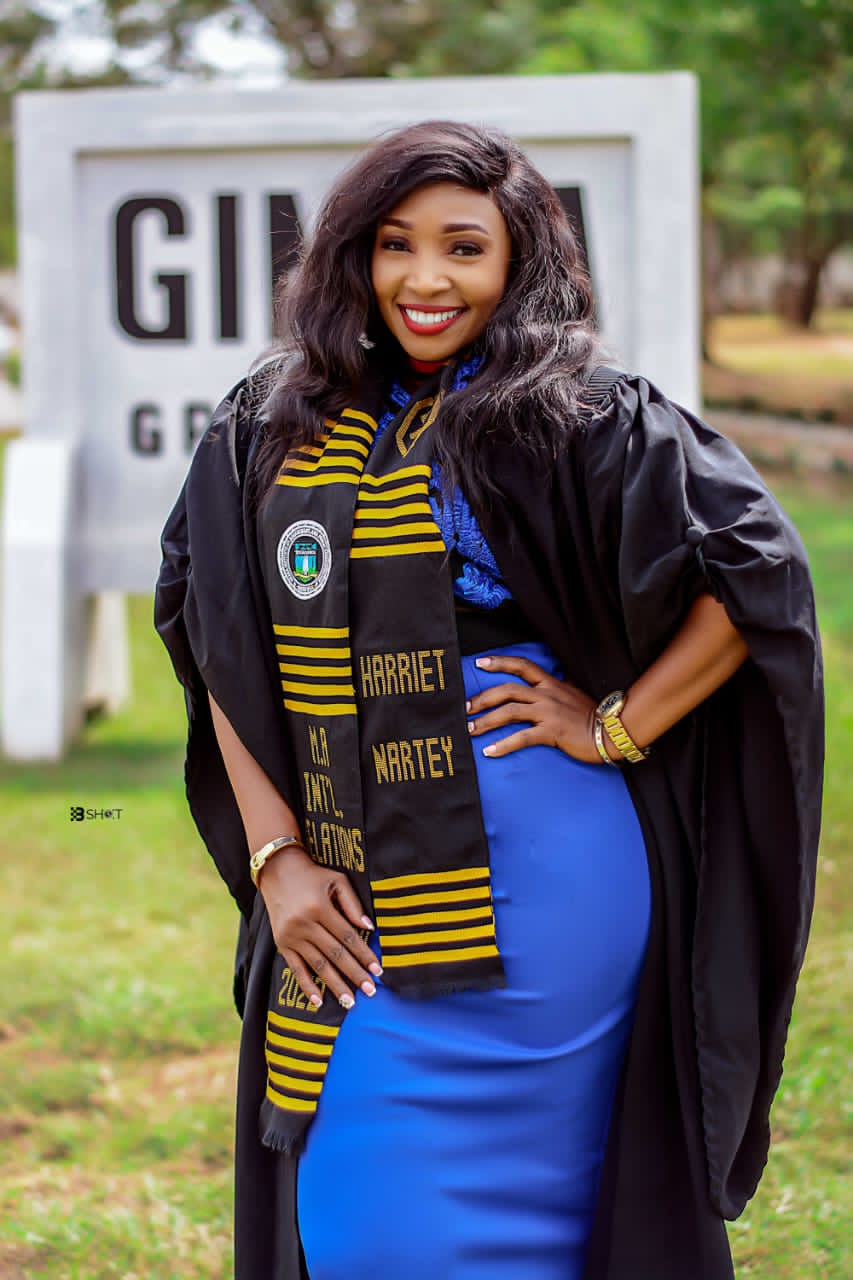 “Hello Good evening, welcome to the only show that brings you all the insights in the world of diplomacy and international relations. My name is Harriet Nartey”. That is what you are likely to hear every Saturday at 4 pm when you tune your TV to Pan-African Television for the Diplomatic Affairs Show. The one-hour hour program has become a key cog in the diplomacy wheel, providing a platform for the international community to exchange ideas, and also project what their countries are doing in the comity of nations. On this show, she has interviewed notable personalities like the United Nations Resident Coordinator to Ghana, H.E Charles Abani, the European Union Ambassador to Ghana, Irchad Razaaly, the Ambassador of Switzerland to Ghana, Benin and Togo, Philipp Stalder, and more.

Harriet Nartey crowned 2022 with one of the episodes of her show, Diplomatic Affairs filmed at the seat of the European Union in Brussels, Belgium. In May 2022, she was at the Young African Women Congress held in Naroibi, Kenya where she had interactions with some of Kenya’s political bigwigs.

All looks smooth sailing for the bubbly, and vivacious presenter now but she had to weather the storm to attain her goal. Early childbirth nearly derailed her pursuit of academic laurels but she kept her eyes on the prize. Two prizes now at the end of the race- a Master’s Degree and a lovely son who will complete Senior High School next year. She said “many women sometimes get bogged down by marriage, childbirth, and other hurdles that come along the way but I am here to tell them they can make it. I gave birth to my bundle of joy in my early twenties, around the same period I was preparing to go to the university. So there was a long wait on the educational ladder before I enrolled at the African University College of Communications in 2018 where I had my first degree and now GIMPA for my second degree. Indeed delay is not denial, she concluded.

As part of her plans for 2023, Harriet Nartey will be visiting some selected Senior High Schools in Accra to inspire them with her story. People say when life throws lemons at you, make lemonades out of them. Harriet Nartey made a cocktail out of what life threw at her and now she is sipping with glee the fruit of her labour.