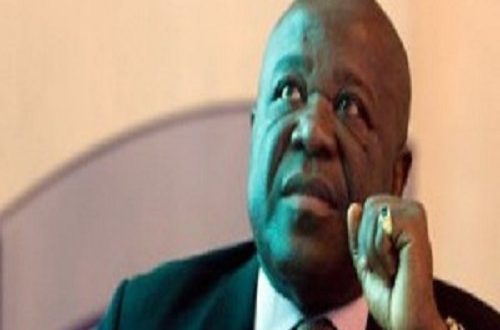 Here is what keeps Sir Sam Jonah awake at night

ir Samuel Esson Jonah, the Executive Chairman of Jonah Capital, an equity fund based in Johannesburg, South Africa, has revealed that the state of the Ghanaian economy and its prospects keep him awake at night.

According to him, as an investor, he knows what an economy should look like to attract the necessary investment for national development.

“Available data indicates that for the first quarter of 2020, GDP grew at a rate of 4.6%, contracted to -3.2% for the second quarter and -1.1% for the third quarter, giving an average outturn of 0.2% for the [first] three quarters of the year. For the same period in 2019, the economy grew at the rate of 6%,” Sam Jonah said while addressing Rotarians in Accra on Thursday, April 22.

Sam Jonah noted that one of the most alarming aspects of our macroeconomic situation is the debt crisis.

He continued: “In fact, in 2021, the budget estimates indicate that interest payments will exceed even emoluments of government employees to become the number one line item in our expenditure profile. This is why some economists argue that the ratio of debt servicing capacity to debt stock is a better measure of sustainability than the debt to GDP ratio. But this is another discussion for another day.

“Let us look at the main drivers of the economy and their prospects going into the future. Take mining for instance, and here I refer to gold mining because it is the most significant mineral in the mining sector. Like all minerals, gold is a depleting resource. It is irreplaceable.

Sir Sam Jonah noted further that, in 2020, South Africa’s share of global production was only 3%, and it has lost the top spot even in Africa. “Ghana now enjoys an enviable position as the biggest producer in Africa. But 40 years from now, who can say for sure that we will still be producing gold here? As for our newly found jewel, Oil, a lot of countries are talking about green energy and alternatives to fossil fuels due to the phenomenon of climate change. Most countries are making plans to ban or phase out the use of fossil fuels in the near future. So, 40 years from now, what would be the demand for oil? That is if we still have some.”

Sam Jonah observed that remittances from Ghanaians in the diaspora which is one of the main sources of foreign exchange for Ghana are also at risk due to major generational changes.

“Again, 40 years from now, it is not certain whether the next generation of Ghanaians in the diaspora will feel so attached to families here as to be sending money to take care of them or build houses here. To put it in context, this source represents a significant part of our national income,” he stressed.