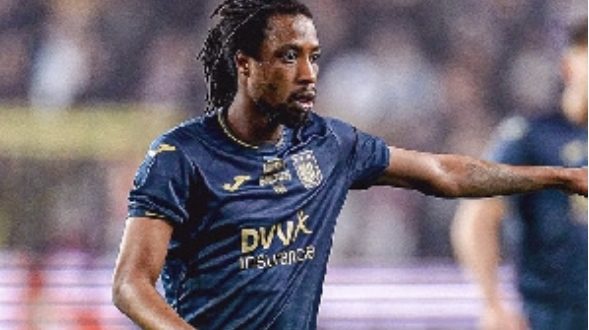 Here is the letter from Anderlecht confirming Majeed Ashimeru’s injury

GhanaWeb has intercepted a letter which confirms the Ghana Football Association’s claim that midfielder Majeed Ashimeru was left out of the Ghana squad to face Nigeria due to injury.

In a letter from the club to the FA available to GhanaWeb, the Belgian club revealed that the player twisted his left ankle after their game over the weekend.

According to the club, the severity of the injury was what ruled Majeed Ashimeru out of Ghana’s squad to face Nigeria in the 2022 World Cup playoffs.

The club stated that the Ghanaian player would undergo an MRI scan in the coming days to examine the extent of the injury.

Read the mail from R.S.C. Anderlecht below 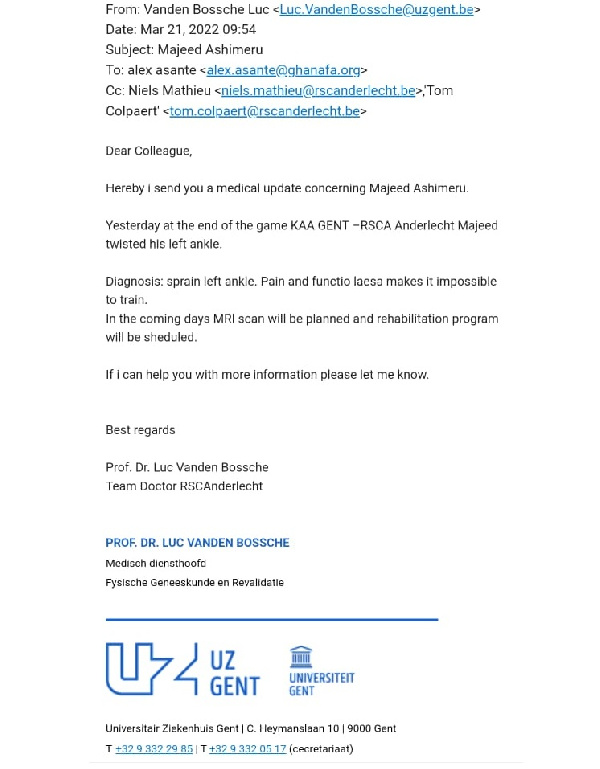 The Ghana Football Association on Tuesday explained why the Anderlecht midfielder Majeed Ashimeru was not included in the Black Stars 27-man squad to face the Super Eagles of Nigeria.

According to the GFA, the player together with five others were forced out of the squad despite receiving calls up after sustaining injuries with their respective clubs.

It noted in a statement that the six injured players will not be available for the doubleheader against Nigeria adding that GFA will continue to monitor the recovery process of the players.

“The Ghana Football Association has sent its best wishes to six players who could not join the Black Stars squad for the play-offs against Nigeria due to injuries.

“Majeed Ashimeru, Antoine Semenyo, Baba Abdul Rahman, Samuel Owusu, Richmond Boakye Yiadom and Kamaldeen Sulemana were all handed call ups to the senior national team and were expected to report to camp on March 20, 2022 but failed to join the rest of the squad due to injuries at the respective club sides.

“Team Doctors of the respective clubs of the players wrote and officially informed the GFA of their injury situations and confirmed their unavailability for the double-header against Nigeria.

“The GFA will continue to communicate with team doctors of the respective clubs and monitor the recovery of the players.

“It’s the hope of the Association that injured players will recover quickly and join the senior national team for future assignments.

“As they continue their recovery process, the GFA remains firm in the belief that the players will join all Ghanaians to support the team in our quest to make a fourth appearance at the FIFA World Cup,” GFA said.