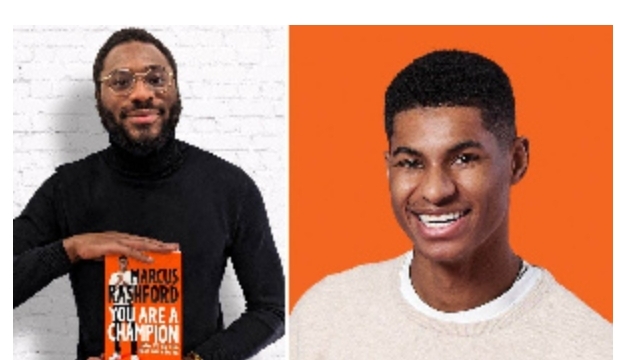 Here is the Ghanaian writer who co-authored Marcus Rashford’s book,

Rashford made me a kind person – Carl Anka

Rashford via his Twitter handle announced his new book dubbed ‘You Can Do’, stating that he wrote it alongside Ankaman.

Anka has now written two books with Rashford after he co-wrote the United star’s debut book “You Are A Champion: Unlock Your Potential, Find Your Voice And Be The BEST You Can Be”.

Carl Anka is a 30-year-old London-born Ghanaian journalist and broadcaster who works with The Athletics UK as a Manchester United correspondent.

He has also written for several online publications as well as the BBC, Guardian, VICE, NME, GQ, and BuzzFeed among others.

After working with Rashford on his debut book, Carl talked about how it feels like to work with the England forward.

“Only the last few weeks I’ve taken the time to breathe and think ‘yeah, that’s Marcus Rashford.’ It’s an amazing feeling. I’m eternally humbled and grateful for him.

He continued by talking about the lessons he had learned from Rashford throughout the period.

“I like to think working with Marcus and after the things he’s told me, the advice he’s given me, he’s made me a kinder person, a better friend, a better listener; I’m really grateful for that stuff as well,” he added. Below is Marcus Rashford’s tweet