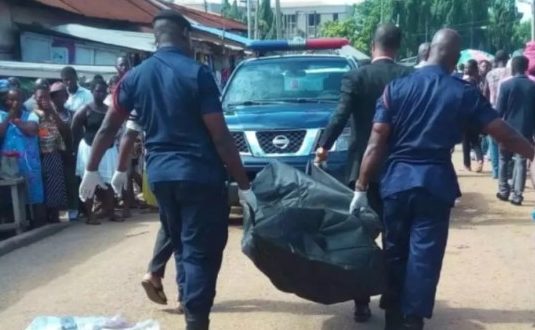 Heartbreak as retired Church of Pentecost pastor shoots himself to death 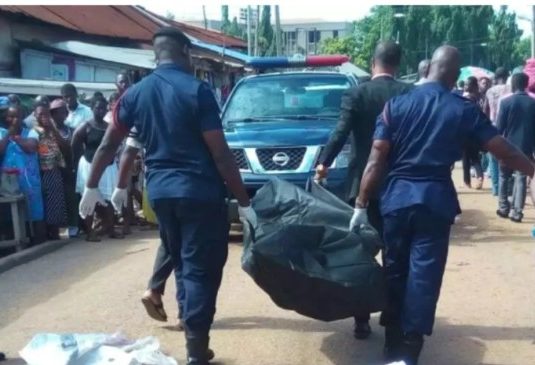 A retired pastor of The Church of Pentecost accidentally shot himself to death.

Pastor Ayi Mantey met his untimely death on Wednesday, April 28 following the sad incident which occurred at his home.

He was reportedly pronounced dead on arrival at the Asamankese Government Hospital in the Eastern region where he was rushed for treatment.

Recounting how it all happened, Samuel Martey, son of the late retired Pastor said the incident occurred in the evening of the fateful day his father was patrolling the compound of his house while holding his registered gun.

He explained that the patrol was meant to scare away thieves who have recently made the house a target.

Samuel Martey added that during the patrol, the deceased hit his foot against an object on the ground and while falling, he accidentally discharged the gun into his body through the armpit.

“After the rains, he took his gun and was patrolling around. But while walking, he knocked an object on the ground and was falling but inadvertently pressed on the trigger and the gun went off hitting his armpit. I rushed him to the hospital but he died later,” Samuel Manteytold Starr news”.

Confirming the incident, the Asamankese Divisional Police Commander, A.C.P Akwasi Kankam Boadu said “Yesterday at about 5:00 pm, we got information that Pastor Retired Ayi Mantey has been hit with a bullet and has been rushed to hospital but died on arrival.

“Our preliminary investigation indicates that at about 4:30 pm on Wednesday while on his routine patrol around his house with his gun to scare away thieves who have been disturbing him, he suddenly fell and unfortunately pressed on the trigger of the gun which went off. So, it is not suicided as being speculated in town”.

A.C.P Akwasi Kankam Boadu indicated that an investigation is ongoing into the incident.