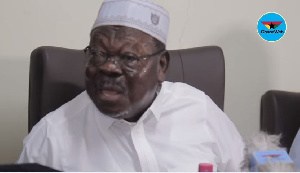 The Hajj Pilgrimage fare will remain unchanged for the 2020 Hajj pilgrimage after the government absorbed an $80 increase to the 2019 fare of GH¢19,500, an equivalent of $3,500 dollars.

The Pilgrimage Affairs Office of Ghana (PAOG), in collaboration with Hajj Agents Association, has announced that an additional $80 fee has been imposed by the Saudi Arabian government for the 2020 Hajj but the government has absorbed that increase.

The unsubsidized Hajj Pilgrimage fare is GH¢24,000 but the Ghanaian government pays a GH¢4,500 subsidy for all pilgrims.

The new fare was announced by the Chairman of the PAOG, Sheikh I.C. Quaye, at the 2019 Hajj Thanksgiving Service held today at the Hajj Village in Accra.

The chairman further directed would-be pilgrims to commence paying their fares immediately to the Hajj Board accounts at Stanbic Bank or through accredited Hajj agents in order to avoid a last-minute rush.

“After consultations with the Government of Ghana under the auspices of the Vice President Alhaji Dr. Mahamudu Bawumia the package of this year’s hajj 2019 remains unchanged as last year’s GH¢19,500,” he said.

“All interested to perform the hajj this year, are advised to start payments now to avoid any last-minute problems. The policy for payments remains first-come-first-serve”.