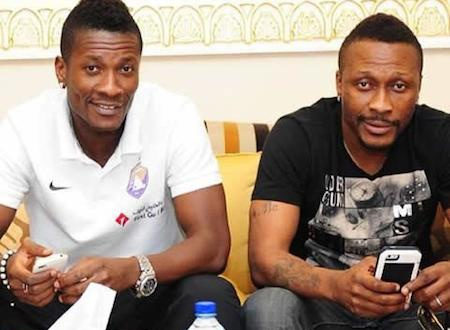 Gyan brothers speak on accusation of beating up tennis opponent

The Gyan brothers have been in the news lately after a young man identified as Godwin Martey revealed how he was assaulted by both of them while they played the game of Tennis on Wednesday evening.

According to Godwin, he received a beating from the brother of Asamoah Gyan who name is Baffour Gyan after he complained about been cheated during a game in which he was playing with the former Black Stars captain.

Baffour in the latest address stated that all the allegations mounted against him are false and just a means to tarnish their good image.

I and Asamoah Gyan didn’t throw our hands at Godwin Martey. It was just an exchange of words,” he told Asempa FM on the Sports Nite Show.

The tempers were high, so some of the words were harsh and I apologise for that but we didn’t fight him physically. How can we fight at the soldier’s premises?