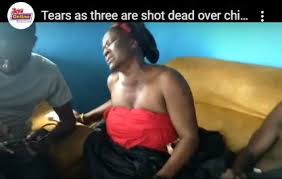 Three of six persons shot at Pai Kantanka, a farming community in the Oti Region have been confirmed dead.

The clashes are resultant of a decade of chieftancy dispute. A local reporter, Nana Agyeman who confirmed the news to ghanaweb narrated that gunmen stormed the house of Nana Diawuo Bediako II, Chief of Pai Kantanka, and shot sporadically.

The other three persons who were shot are in critical condition and have since been rushed to the Worawora government hospital for treatment.

The incident follows an earlier one where the Gyaasehene, Nana Annor ABabio was shot in his farm by unknown assailants.

The suspects were released after initial arrests by the homicide department of the Ghana Police Service.