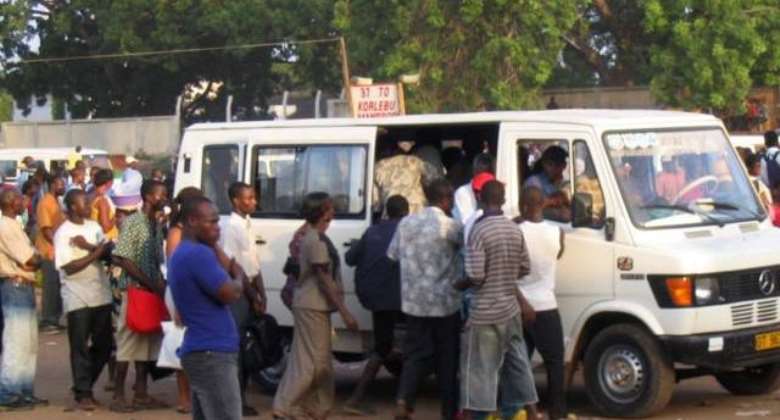 The Ghana Private Road Transport Union (GPRTU) has threatened to boycott the conventional transport fare adjustment system if the government fails to address the rising cost of fuel in the country.

General Secretary of the Union, Godfred Abulbire, in an interview on the AM Show, Thursday, explained that their decision is based on the Transport Ministry’s continuous failure to engage them on fuel price increment but prefers to negotiate on transport fare adjustment.

He said the Union is fed up with the rising cost of fuel prices and will therefore take a decision soon, regarding the conventional transport fare adjustment system.

“If government continuously does not want to meet us and then that sort of democratic system does not happen, at a point, we will disconnect that system. It is a convention, not a law,” he told Benjamin Akakpo on the AM Show.

Meanwhile, data secured by Joy Business from the Bulk Oil Distribution Companies indicates that prices of petroleum products are expected to witness one of the biggest jumps in recent times, from Thursday, June 16, 2022.

Petrol is currently being sold on the market for about GH¢10.10 per litre, whereas diesel is going for GH¢12.20.

The Bank of Ghana and the National Petroleum Authority has also rolled out a special dollar arrangement for the Bulk Oil Distributors.

The deal was struck to regulate the forex effect on the pricing of petroleum products.

Despite these interventions, the GPRTU says it will be adjusting transportation fares upwards.

According to the Union, the decision has become inevitable following a series of increments in fuel prices at the pumps.

Transport fares went up last month, triggering another rise in the rate of inflation.

Speaking to JoyNews’, the Union’s Spokesperson, Abass Imoro said GPRTU has begun a sensitisation programme to prepare the public ahead of the increase.

“We want to prepare their minds and if nothing is being done, we cannot stabilise the price and when it gets to the 10% threshold, we will come out with another upward adjustment.

“If we don’t do this, we won’t have it easy,” he told host Evans Mensah.