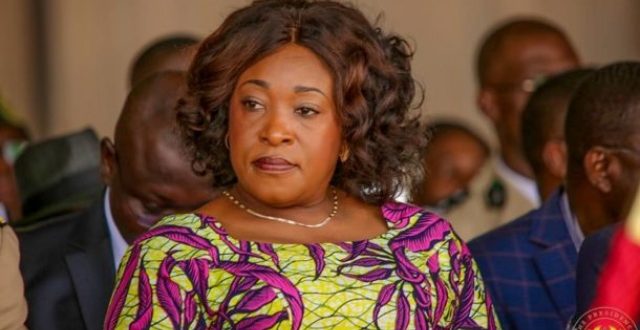 Gov’t requests details of 7,000 deportees from US as negotiations continue

The Foreign Affairs Minister, Shirley Ayorkor Botchwey has said Government has requested from the United States, details of the supposed 7,000 Ghanaian citizens, who are set to be deported to the country.

According to the Minister, some doubts still exist about the nationalities of all the people lined up for deportation from the US.

In an interview with Citi News, she explained that there are certain procedures the government has to undertake to ascertain whether all of the deportees are Ghanaians as has been claimed by the US Government.

Madam Shirley Ayorkor Botchway also noted that although Parliament’s Foreign Affairs Committee had not written officially to her office to be briefed on the latest developments from Ghana’s mission in the United States and the visa sanctions that had been imposed, it was only proper she took the initiative to brief the committee.

“First of all, the committee has not written to me but it is only proper that the Ministry meets with the committee  and briefs them on what has happened and how it affects the Members of Parliament and the Executive, and gives them the opportunity to ask any question that they have and also to see what lies ahead in terms of resolving the issue. Because we need to resolve the issue.”

She also explained that there are lots of engagements happening behind the scenes between the two countries to reach a compromise on the matter, adding that 17 of the deportees have had their documents processed already.

She added that despite this, doubts linger about the nationalities and health status of some of those persons.

“When it comes to these matters, there is a lot of behind the scenes engagements that happens and is already happening. I have had a couple of key meetings and will continue to have these meetings. Essentially, what they are asking us to do is to expedite action on the process to issue travel documents for those who are illegally staying in the US and who have come to the end of the due process.”

“But I have said I am a bit at a loss because from the beginning of January to the end of December 2018, they have only presented to us  about 27 names that they wanted us to issue documents for and as you and I know we need to ensure that this person whose name has been presented to us is a Ghanaian or not. We also have to make sure the person satisfies the citizenship requirement. Once that is done, it is easy for us.”

“The report I have from my mission is that 17 have been already processed… even out of that there are a couple I am told are not well. There are some who we have doubts about their citizenship. In cases like that we cannot accept them.”

Ghana earlier this month was hit with visa sanctions by the United States of America for its purported lack of cooperation in accepting Ghanaians deported from the US.

The US Secretary of State Mike Pompeo ordered the embassy officers in Ghana to implement the visa restrictions on certain categories of visa applicants, according to a US Department of Homeland Security statement.

“Pursuant to her authority under Section 243(d) of the Immigration and Nationality Act (INA), Secretary of Homeland Security Kirstjen Nielsen notified Secretary of State Mike Pompeo that the Government of Ghana has denied or unreasonably delayed accepting their nationals ordered removed from the United States,” the statement explained.

In addition, the statement also warned that Ghana could face more sanctions if the government’s posture did not change.

Indications from as far back as 2017 indicated that 7,000 Ghanaians were facing deportation.

The then-US ambassador to Ghana, Robert P. Jackson, said the 7,000 were guilty of various immigration offences and had abused the terms of their visas.

At the time, he said the Ghanaians were at different stages of the deportation process.

But the government said it did not want to rush the process and wanted to thoroughly vet the said deportees.

The government was at the time also concerned with reports of the ill-treatment of Ghanaians deported by the US government.

Robert Jackson was invited by the Foreign Affairs Committee of Parliament to give clarity on reported ill-treatment of deportees.

There were reports that a batch of deportees in 2017 were handcuffed and forced aboard the plane to Ghana, though the US Embassy denied that any inhumane treatment took place.

Ghana’s Ambassador to the US, Dr. Barfuor Adjei-Bawuah, had also suggested that he was under pressure from US authorities to sanction the deportation of Ghanaians.

Those revelations came amid accusations that the US was trying to bully Ghana by threatening visa restrictions.

Robert Jackson retorted that the US was only seeking to enforce its immigration rules and not to threaten Ghana with visa restrictions.

He said the US just wanted the government to speed up the process for issuing travel documents to the Ghanaians scheduled for deportation.