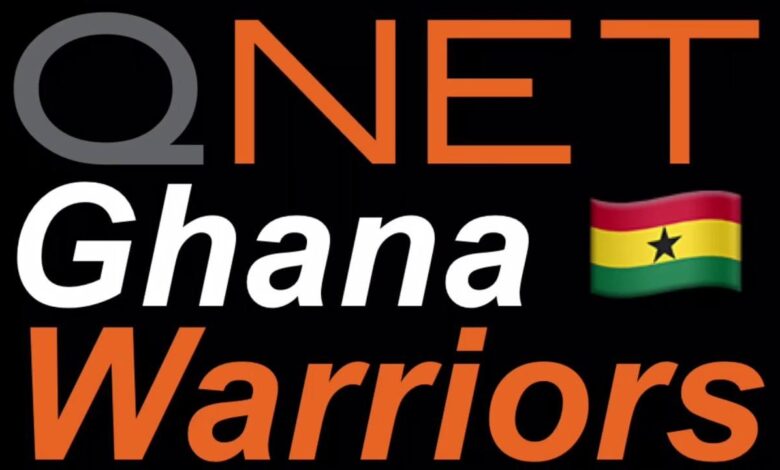 The Attorney General has filed documents in court to close down three private companies allegedly operating what is akin to a Ponzi scheme.

The companies have been posing as recruitment agencies, mainly in the middle, northern belts of the country and some parts of Greater Accra, and collecting huge sums from the public under the guise of providing them jobs, especially in the gold and mining sector in particular.

The Attorney General in court documents has said their activities are posing security challenges in the country and must be shut down before things escalate.

The companies namely Q-NET Company Limited based in Techiman in the Bono East Region, Q-NET Investments Limited, Wa in the Upper West Region as well as Q-NET Limited based in Kumasi in the Ashanti Region, appear to be intertwined, looking at their modus operandi.

In the AG’s notice of a petition for official winding up of the companies, the action identified the directors of the respondents in the Bono East Q-NET as Mbun Mbabugri Kazani and Braimah Suraju.

According to the Attorney General, the National Intelligence Bureau (NIB) has been able to establish that the companies are part of a network of a multinational marketing company owned by the QI Group with its headquarters in Hong Kong, and they enter into a country, register to do business, but end up operating their Ponzi schemes.

He said in the application that the QI network has offices in many countries including West Africa, where the group has offices in La Cote d’ Ivoire, Nigeria, Mali and Ghana.

“Owing to the illegal purposes to which its incorporation is exploited, Q-NET or the QI network has been banned in the following countries: United States, Canada, Australia, Rwanda, Iran, Sri Lanka, Syria, Afghanistan and La Cote d’Ivoire,” the AG averred, adding that they are “predominantly operational in the Northern, Upper East, Bono East, Bono, Ashanti, Eastern, Greater Accra, Upper West, Western and Ahafo regions.”

The AG averred that “to become a member of the false schemes put in place by the respondent, respondent requires prospective subscribers to purchase various online items for various sums ranging between GH¢3,000 and GH¢4,000,” adding that “the subscribers and directors of respondent have since its incorporation, consistent with the modus operandi observed in other countries in which Q-NET or the QI Group is present, operated the respondent for illegal purposes in a way as to denigrate and vitiate the business and activity for which it was incorporated.”

In the particulars of fraud and illegality, the AG is saying that Q-NET has been “Luring unsuspecting members of the public to pay the sum of about GH¢5,200.00 for the purpose of finding employment in gold refineries which turned out to be a hoax,” as well as “falsely representing to about many youths, mainly from the Republics of Togo and Cote d’Ivoire, that they could find them jobs in consideration for GH¢3,125, which representation turned out to be false.”

The AG also said Q-NET is “falsely holding itself out as a recruitment agency for a mining firm and extracting various amounts between GH¢1,500 and GH¢5,000 as a basis for recruiting members of the public to work for mining companies.”

He further averred that the activities of Q-NET are dominated by Ivorians, Nigerians, Burkinabes, Beninois and Malians, and added that “hundreds of victims of the dishonest and illegal activities of the respondent in the Bolgatanga municipality and community leaders including traditional rulers have expressed concern about the security threat the operations of respondent poses to the community.”

According to the AG, on September 10, 2019, about 70 youth of Bechem attacked the offices of Q-NET and chased its workers out after the company defied the orders of the Tano South Municipal Assembly to stop operating, saying “the outrage evoked by the illicit activities of respondent compelled the state’s intelligence and investigative authorities to probe the operations of the respondent.”

The AG said investigations by the National Security Council Secretariat disclosed that Q-NET operates in a manner akin to a Ponzi scheme by luring clients to make deposits and investments with them which they eventually lose, saying “the members and directors of respondent persist in their illegal conduct and exploitation of the registered business of the respondent for the perpetration of fraud and other forms of illegality including money laundering.”

On the issue of money laundering, the AG said “subscribers to the respondent have formed the respondent ostensibly for computer networking,” adding “the company, however, as demonstrated above, is utilized for the collection of payments from members of the public under various false representations.”

“The proceeds of this unlawful activity are diverted by the members and directors of respondent to purposes unconnected with the registered activities of respondent,” the AG averred, and added that “the widespread criminality and illegality for which the respondent is being operated has grossly undermined its existence in the Ghanaian community.”

He said that “in the interest of protecting the national interest, having regard especially to the public business for which the respondent was incorporated to perform, petitioner owes a duty to take urgent measures to stop its operations,” adding “it is in the national interest that the activities of respondent which pose a direct security threat to the peace, economic and social stability of parts of this country are wound up.”

The AG said that the scope of section 84(2)(d) and (e) of Act 1015 permits it to present the instant petition, and added that the court also has the power under section 84(10) of Act 1015 to order the appointment of the Registrar of Companies to exercise all the powers of an official liquidator, pending the final orders by the court.

“On the strength of all of the above, the petitioner says that this is a fit and proper occasion on which the Court ought to exercise its powers under section 84(2)(d) and (e) of Act 1015 by making an order for the official winding up of the respondent as a company limited by liability.”

The AG, therefore, wants an order restraining the members, directors, and officers of Q-NET “from exercising such powers as are ordinarily conferred on them by the provisions of the Companies Act 2019 (Act 992) and constitution of the company, particularly relating to the purported business of ‘computer networking’, such other business that the company may purport to undertake in Ghana and the disposal of any assets of Q-NET.”

He wants a further order “appointing the Registrar of Companies, in her capacity as an Official Liquidator to exercise the powers of a liquidator, including managing the assets of the respondent Q-NET pending the making of a winding-up order by this Honourable Court.”

Previous I won’t sit by for Ghana to become another Rwanda – Kennedy Agyapong
Next Singapore shocked by killing of boy, 13, at school