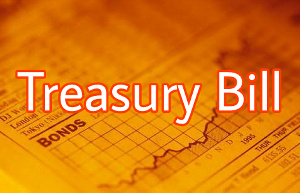 Government to raise ¢2.06bn in this week’s T-bill auction

Government will seek to raise ¢2.06 billion in this week’s Treasury bill auction to refinance the upcoming T-bill maturities of ¢1.711 billion.

This is coming after it fell short of the auction target for the fourth successive week.

The government raked in ¢1.24bn in last week’s T-bill auction target, covering 94% of the auction target and exceeding the T-bill refinancing obligation by 16.44%.

With the October 2022 inflation to be announced this week, analysts expect investors to be keen on the inflation print for pricing guidance in the T-bill auction this week.

They anticipate that the recent increment in fuel prices and transport fares will exert upward pressure on headline inflation.

Bid yields were quoted around 37% to 42%. Yields remained broadly stable on the market.

Analysts expect trading activity to remain subdued on the secondary market due to constrained liquidity and as investors remain keen on October 2022 inflation for pricing guidance this week.