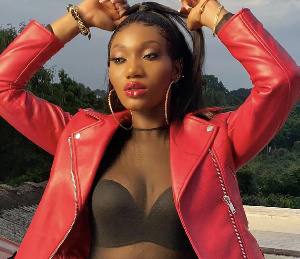 Wendy Shay and her Shay Geng released a banger called “Heat” a few days ago. The song is now doing well, with fans loving the track and participating in the artist’s heat challenge.

Today, a piece from one of the daily, “Publisher,” appeared on social media, capturing a front-page article that drew a lot of attention. “Government petitioned to ban Wendy Shay’s song Heat,” said the headline.

The reason for the petition is unknown, but some social media users have speculated that it may be due of the lyrics Wendy used in her song that the government has been petitioned to ban it.

The song’s lyrics allude to the country’s current hardships, as well as how the economy and inflation are causing citizens to suffer in order to obtain money to survive. Wendy Shay, the artist, and her management have yet to reply to the circulating publication.

Previous PHOTOS: Kumasi Central Business District stinks as filth engulfs the city
Next ‘I do not know what our electricity bill is, I will ask my wife’ – Ramaphosa