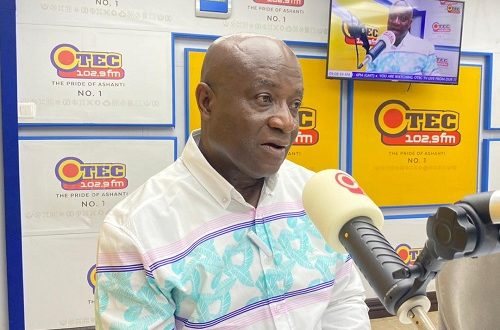 The Majority Leader in Parliament Hon Osei Kyei Mensah Bonsu has said the Akuffu Addo’s led NPP government has not lost the fight against galamsey in spite of its complexity and the extreme difficulty in dealing with illegal mining.

There have been growing concerns about the fight against the menace particularly with the re-arrest and subsequent charges against ‘galamsey’ queen, Aisha Huang for engaging in illegal mining activities.

This has led several Civil Society Organisations and the Minority in Parliament to question President Akuffo-Addo’s commitment to fight the canker.

Speaking on OTEC breakfast show dubbed ‘Nyansapo’ on Monday September 19, 2022 Hon Kyei Mensah Bonsu  who is also minister of Parliamentary Affairs  said the government’s intervention to deal with the menace should not be misconstrued as a ploy to get people out of work as small-scale mining sector was recognised as a key component of the country’s mining ecosystem.

“These activities expose the rivers to all forms of pollution. To overcome this canker requires the commitment of everyone, including the government. In times past, communal labour and volunteerism were effective avenues used by Nananom [chiefs] and local authorities to deal with issues of filth. This noble initiative however seems to be lost on us these days.”