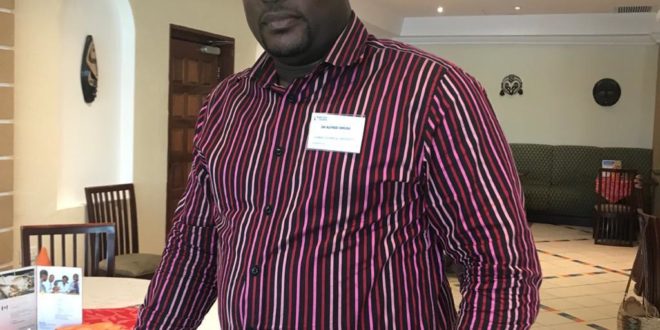 Following Article 113(1) of the 1992 constitution of the Republic of Ghana, the 7th Parliament of the Fourth Republic was being dissolved and paved way for the 8th Parliament to be inaugurated. What was supposed to be a smooth transfer ended up as a total breakdown of law and order resulting in a chaotic scene where Members of Parliament was seen snatching ballot boxes, booting ballot boots, snatching ballot papers and exchanging blows on the floor of parliament.

Since members of Ghana’s 8th Parliament misconducted themselves on the 7th January 2021, the reputation and image of Ghana have suffered across many regions of the globe.

Ghana’s reputation declined further over the prolong exchanges and fight in parliament on that day. In several countries, the share of the public with a favourable view of Ghana is as low as it has been at any point in the history of the fourth republic of Ghana.

For instance, the United Kingdom, U.S, France just to mention a few express low marks and percentage on Ghana’s democracy as a result of Members of Parliament misconduct.

Part of the problem can be attributed to the number of seats won by both NPP (37 seats), NDC (37seats) and independent candidate (1 seat). There was no majority and hence the NDC was of the view that they can sit anywhere in the chamber. This did not go down well with the ruling party NPP.

Again, the secret voting brouhaha also contributed to the fight and chaos. In this article, the author considers the following:

1.The effects of Parliaments Bad reputation and Negative Publicity

The bad conduct of the Parliamentarians sends bad publicity and can be a by-product of exposed indiscipline of some parliamentarians.

Advertising is usually done to pump up the businesses (parliament)’ expectations in the public (consumers). In the process of advertising Ghana’s parliament to the outside world, the conduct of members of the house might end up giving false hopes that might be difficult to fulfil.

This leads to mistrust of the public (consumers), and the outside world. It will be a time-consuming process for Ghana’s Parliament to gain back the trust once it is lost and can be difficult.

The mistrust is as a result of the fight that took place on the floor of the house and it can take several months or even years to be rectified.

It is only possible by the large number of vocal supporters that can outnumber the critics and gain back the lost trust.

Negative publicity has damaged the Brand equity of Ghana’s Parliament going forward. This especially will affect the businesses of the house. Both sides of the house must apologize to the public and the world at large on their bad conduct. Ghanaians are likely to avoid or disrespect parliamentarians if they recall issues that happened on the floor of parliament on the night and morning of 7th and 8th January 2021. The public will end up avoiding parliament business for several days until members of parliament conduct themselves well going forward. Bad news affects the image of any company, this can be a major problem to Parliament. Brand equity is nothing but the commercial value that is derived from the consumer’s (public) perspective and it should never be damaged for a smooth-running parliamentary business.

A brand sometimes has more value than the company itself. The brand value decides the attitude and feelings of a customer (public) towards the product or company (Parliament). Bad publicity contributes towards the diminishing of the brand value and yes, it reduces sales over time.

It will be costly and time taking affair for Ghana’s Parliament to gain back the brand value that has been lost due to negative publicity. Parliament will be forced to indulge in additional advertising and campaigns that can alter the damage caused by negative publicity. The damaged brand value is a boon for the critics of Parliament and they will not leave the opportunity to divert the customer (public) base in their favour which inevitably reduces Parliament gains.

Several services are provided towards the betterment of the reputation of Ghana’s Parliament.

Parliament can consult online reputation companies to build a proper and legit reputation for the house through social media and correct marketing strategies. There some online reputation management services that work using SEO (search engine optimization) so that the work done is efficient and worth the effort.

In conclusion, the reputation of the company (Parliament) has become as important as the service or the product’s quality that is being offered. A negative reputation can damage Parliament image and this problem can be sorted out with the help of online reputation management services that are available in the market and Parliament resolve not to allow this bad incident happen again.