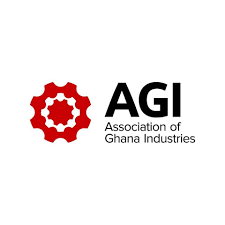 Mr. Twum Akwaboah believes Ghana’s continuous over reliance on foreign goods and products could destabilize the country’s economy if nothing is done about it immediately.

Speaking on the “Nyansapo” breakfast show on the Kumasi based OTEC 102.9, on Tuesday November 1, 2022, Mr. Twum Akwaboah called on the government to create enabling environment for local manufacturers to create all the essential commodities the country needs.

“We have consistently appealed to government and major stakeholders in the running of the country’s economy to reduce the import of finished goods”.

“Doing so will be in the best interest of the country’s food security and the local currency, which continues to fall to other international currencies”. He told the host, Captain Koda.

“The recent enormous p pressure on the exchange rate is because of the high demand for finished products.”

AGI CEO again called for the abolition of import tax on raw materials to enhance local production to shore up demands for local commodities.

This Mr. Twum Akwaboah noted, would help address the depreciation of the Cedi and enhance the industrialisation of the government while protecting the country’s economy in a long term.

He expressed the readiness of AGI to help government in its quest to restore the current economic downturn.