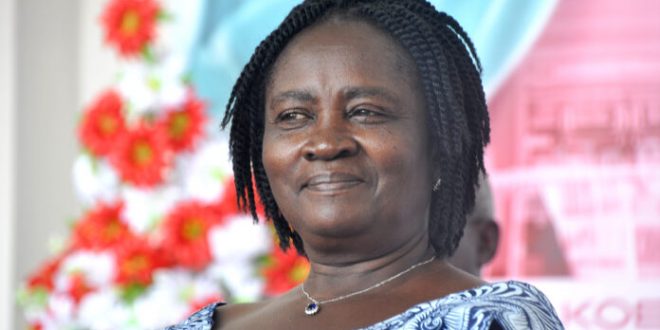 Ghanaians are reacting to National Democratic Congress (NDC) flagbearer John Mahama’s selection of a running mate for the December 7, election.

He picked his former Education Minister Naana Opoku-Agyeman as running mate for the 2020 general elections.

Prof. Opoku-Agyeman’s Vice-Presidential candidacy was revealed at a meeting of the NDC’s National Executive Committee (NEC) at the party’s headquarters at Adabraka in Accra Monday.

The announcement brings closure to months of speculation and several fake news stories on the former president’s choice for a running mate for his comeback bid.

“I think this is my first time seeing a female being chosen as running mate .. congratulations to our very first female for making history in Ghana,” one user wrote on Twitter.

Others are also, raising questions on what the presence of a female as running mate does for the party and the country.

Previous NDC youth organizers angry with Mahama over running mate snub
Next ‘Why I Killed Them’- Rawlings Finally Opens Up On Execution of Former Heads of State, Others