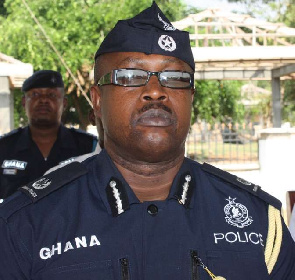 Security has been an issue in Ghana within the last two years and that has put the police administration under the spotlight.

However, reports are rife that the IGP is set to retire in three months.

As to who becomes the next IGP, several top names have been circulating in the media on who will be the successor to David Asante Apeatu.

It is expected that the new IGP will bring transformations and reformations that will lead to a total paradigm shift in the police service.

The poll was conducted between three top officers and they are Kofi Boakye, COP/Dr. George Akuffo Dampare and COP Tiwaa Addo-Danquah, Director General of the Criminal Investigations Department.

COP Kofi Boakye – Having achieved higher level of record and experience in fighting crime in the country, there is no doubt he is capable of dealing with the insecurity in the country.

Kofi Boakye is currently the Director General charge of Research and Planning.

He has a feared public reputation for his heroics in crime fighting while a police commander for Accra.

He is also a former Ashanti Region Commander and known for maintaining law and order. He was promoted to his current rank in June 2016.

He is known as ‘no-nonsense police boss’.

He joined the service as a Constable and has risen through the ranks to the high rank of Commissioner of Police, becoming one of the youngest Police Officers to have attained this in recent years.

Currently holding a PHD in Finance, COP Dampare, became a chartered accountant at the age of 25 while serving as a Police Constable about two decades ago.

COP Tiwaa Addo-Danquah: She is the first female Commandant of the Ghana Police Command and Staff College (GPCSC).

She got recruited into the Ghana Police Service on 27 July 1990. Maame Yaa is currently the Assistant Commissioner of Police and the director of Man Capital Partners.

She turns 50 in August and retires in 2029. She is currently the Director General of the CID.