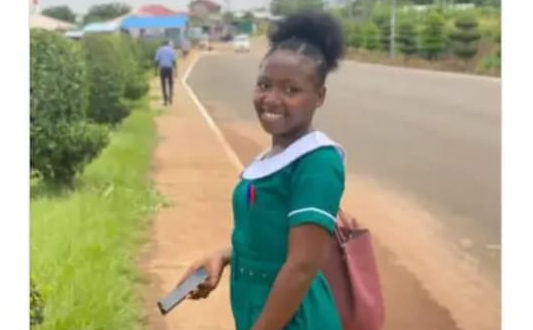 Another terrible news has occurred in Ghana, as sighted by Ama Kodesh, beautiful nurse commits Suicide few days ago.

This Was Made Known by a Social Media User, “Ama Kodesh” On the popular social media platform, Twitter and according to the post, she decided to take her life after she was heavily ridiculed by her friends for being a stammerer.

The post by Ama Kodesh, Reads; “She Committed Suicide Yesterday.”

In another set of post, the social media user wrote; “A lot of depressed people with happy faces, people will be like “why people don’t open up to anyone, the same people who claim to be there are the very ones who will share this problem like wild fire, tagging you as a burden, nobody what’s to be seen as such, people conclude anyhow, thinking they know what’s going on in people’s life.”

Ama Kodesh added; “If People had stop teasing her as a stammer, Anka Would Be Alive Today.”

“People keep jumping to conclusions because they think they know what is going on in people’s lives.” 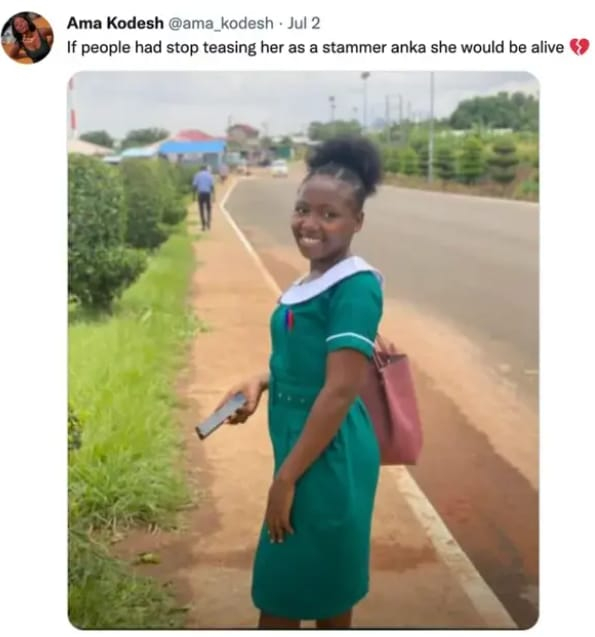 After going to school for 5 years or more to become a nurse, you just ended it because some set of people called you a stammerer.

View point on this, it’s highly devastating and traumatizing to be laughed at, especially over one’s physical features. It takes a strong spirit and resilient heart to be able to overlook and withstand though some people are not strong to stand a problem like this.

So, serious public awareness and education are needed to curve this menace in our society.