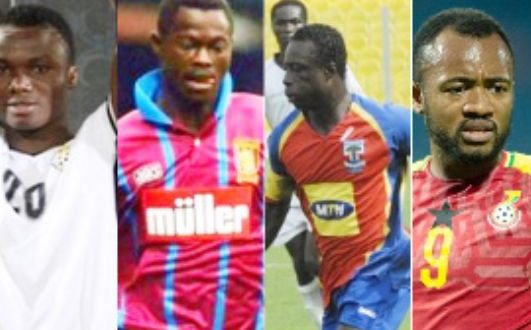 0After blasting onto the scenes in their teenage years, some Ghanaian players were seen as potential national asserts who would grow to give the country new football stars.

There were touted as players who would grow to play for some of the biggest clubs in the world and compete with the world’s best players. Unfortunately, however, most of these players were unable to shine as expected.

Here are some Ghanaian players who were touted for greatness.

The alumina of Koforidua SecTech was discovered during his early years in Senior High School. Clifford Aboagye played for Inter Allies in the Ghana Premier League while in school which later got him a place in the national youth team.

Aboagye played for the Black Satellites at the 2013 FIFA U-20 World Cup and won the Bronze Ball of the tournament as Ghana finished third. The attacking midfielder was in the same category as French star Paul Pogba who won the golden boot. 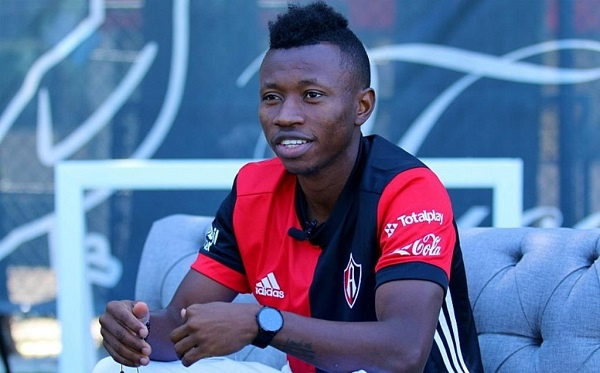 Touted for greatness, Aboagye signed a lucrative deal with Udinese but went on loans at Granada, Atlas, Querétaro in Mexico. From playing at the u-20 World Cup, the 26-year-old now finds himself playing in the Mexican league which does not get much attention to earn him a place in Ghana’s senior national team. 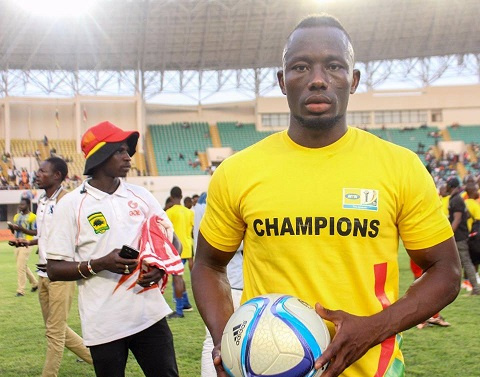 Sadick Adams started his career with AshantiGold was a key member of the Black Starlets team that placed fourth in the 2007 FIFA U-17 World Cup.

The striker scored 4 goals at the tournament for Ghana including a goal in their 1–2 semi-final loss to Spain. His goal against Spain was able to get him a move to Atletico Madrid but he was guilty of a breach of contract with Tunisian giants Etoile Sportive Du Sahel and suffered a year ban from all football activities. Sadick Adams played with Manchester United’s goalkeeper David De Gea at Atletico Madrid’s youth side before Vojvodina in Serbia.

His career took a nosedive afterwards but got back on track at Asante Kotoko where he won the MTN FA Cup scoring a hat-trick against Hearts of Oak. The 32-year-old fell below the pecking order at Kotoko and exited to join Ashgold. Since then, the one-time national asset has gone on to play for clubs in Lebanon, Bangladesh and still has hopes of playing at the highest level before retirement. 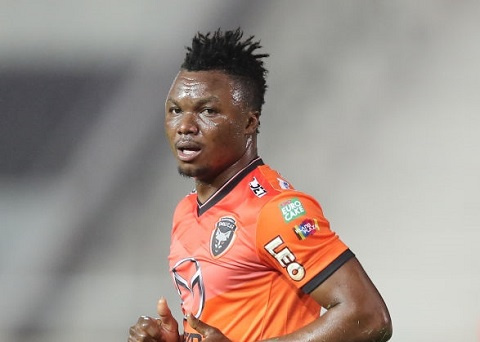 Dominic Adyiah was the hero of the 2009 FIFA U-20 World Cup winning squad, his name was on the lips of all soccer loving fans in Ghana and the continent of Africa. He scored eight goals to help Ghana lift the trophy in Egypt, which was the first time an African country has won the trophy.

He soon got a move to join Italian giants AC Milan at a time when the team had players like Gattuso, Pato, Robinho, Ibrahimovic and the rest. The Ghanaian youth star was unable to break into the team and left to play for teams like Arsenal Kyiv, Atyrau, Reggina, Karsiyaka, Partizan Belgrade among others.

In all six clubs, Adiyiah only managed to score 32 goals in 201 appearances which was too low for a golden boot winner at the U-20 tournament. Adiyiah earned a place in Ghana’s 2010 World Cup squad and is famously remembered for his missed penalty against Uruguay. 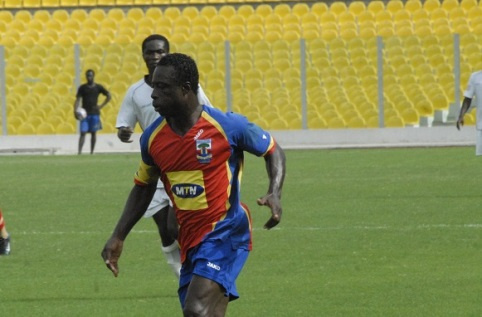 Nicknamed ‘The Terror,’ due to his ability to terrorize opponents, Charles Taylor was seen as the next big player who could storm the world. The winger was instrumental at Hearts of Oak winning GPL, FA Cup, CAF Champions League and Super Cup all in the year 2000.

With the stage set for a move abroad, Charles Taylor chose to become a local champion when he agreed a deal to join rivals Asante Kotoko, a move that saw him win the league title for the 3rd time. At the peak of his career, Taylor said he had a deal from Italian giants Juventus but Hearts of Oak blocked that move.

Taylor later switched to Tunisian side Étoile Sportive du Sahel but had an unsuccessful spell and returned to Hearts of Oak to win 2 league titles with the Phobians. Despite his incredible talent and success on the local scene, there is a feeling that Taylor did not reach the height he could have. Taylor never played at any tournament with the Black Stars except for the CHAN trophy he won with the local Black Stars in 2009 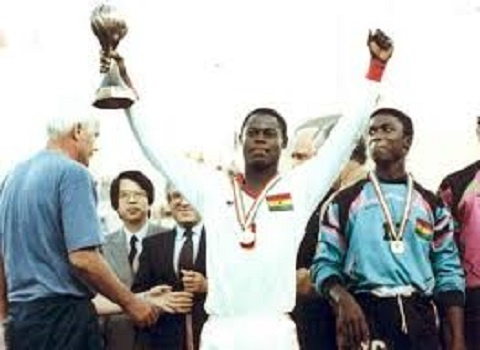 After being discovered as one of the brightest footballers in the country, Lamptey won the U-17 World Cup with the Black Starlets and was awarded the Best Player of the tournament. Lamptey dominated the scenes at the u-20 level winning the African Youth Championship and reaching the finals of the u-20 World Cup. In 1992, Lamptey led Ghana to win bronze at the Olympic Games in Barcelona.

With the world at his feet, the man touted as the next Pele joined Belgium side Anderlecht and scored 7 goals in 14 matches. He was loaned to PSV and quickly established himself as a prolific scorer scoring 10 goals in 22 games.

His career sunk when he left PSV, to join Aston Villa for a hefty deal. Lamptey became a ghost in England as he only scored 3 goals in the League Cup. He later moved on to Coventry City where he endured the same treatment playing in League Cup games only. From a player who was once likened to Pele, Lamptey’s career was the exact opposite of what was expected. 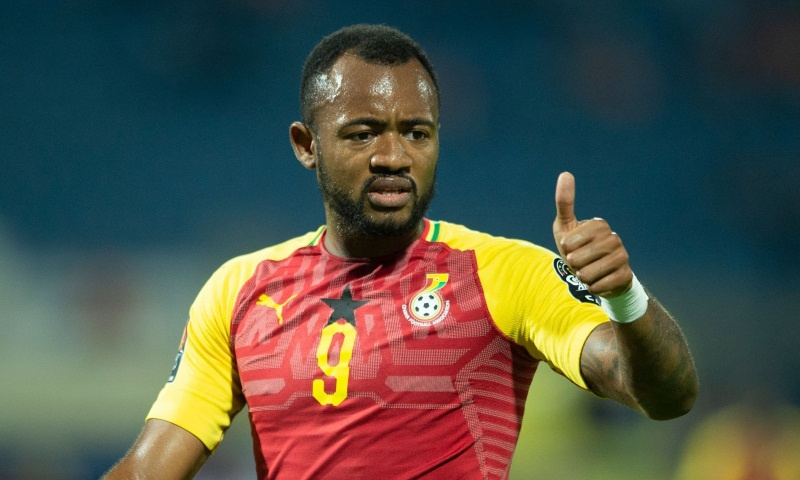 Jordan was described by his father as the most talented player among his three children who are into football. Born in Marseille, Jordan played for the likes of Lorient and Sochaux. An attacker just like his father, Jordan scored 18 goals while on loan for both clubs. Jordan won six titles with Marseille which included the Lig Un, Coupe de France and the Champions Trophy.

A year after his brother Dede led the Black Satellites to win the u-20 World Cup, Jordan also joined Ghana’s u-20 team but the stakes were too high for the players to meet.

Despite his underwhelming performance at the youth level, Jordan was given a chance at the senior national team level and has so far played at 4 AFCON tournaments [2012, 2015, 2019, 2021]. Despite all the opportunities that have been presented to him, the footballer has never been able to live up to the billing as his father made Ghanaians believe.

At club level, Jordan Ayew has only won Crystal Palace’s player of the year award as well as the Premier League player of the month with no major titles to show for. At age 30, Jordan Ayew still has the chance of turning the tables around to become one of Ghana’s best players in the national team.

Previous Cheddar accused of housing wild tigers in plush Ridge Estate as residents live in fear
Next VIDEO: Ayisha Modi give teachings with her nipples