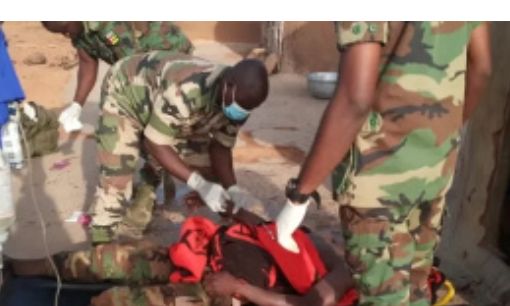 Ghana must take proactive steps in the fight against terrorism – WACCE

The West Africa Centre for Counter Extremism (WACCE) has said that the recent terrorist attack in Togo must serve as a wakeup call to the security apparatus in Ghana.

WACCE said the attack which claimed the lives of eight soldiers implies that the activities of terrorist and jihadist groups are getting closer and closer to the borders of Ghana.

The Executive Director of WACCE, Mutaru Mumuni, in an interview with Citi News, said that the attack in Togo poses a major security threat to Ghana. He said the security agencies in the country should as a matter of urgency start taking proactive steps to fight terrorism.

“We are more vulnerable than the public probably would see or acknowledge, and it is important that we shied away from pretending that we are so insulated from the threat of violent extremism.”

“It is important that we begin to speak in terms that reflect the actual reality we are facing and what we can all do to help prevent it from happening from our soil,” he said.

The terrorist attack in Togo which happened in the northern part of the country was the first of such attacks and it killed 8 soldiers and wounded 13 of them.

According to reports the attack took place in an army post in the Kpendjal prefecture near Togo’s border with Burkina Faso by gunmen on Wednesday.

Security analysts say the attack is likely to be the work of a local al-Qaeda affiliate in the Sahel region that is based in Mali.