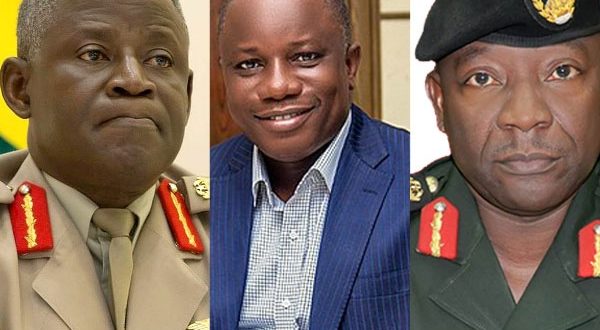 The Herald’s spotlight on the Ghana Armed Forces (GAF) has intercepted a rather disturbing document, revealing a secret army recruitment exercise done on the blindside of the public, especially young men and women hoping to wear the military uniform and defend the country by land, sea and air.

There are suspicion in the GAF that the 1780 young boys and girls on their way to the various training centers are relatives of officials the Akufo-Addo government or family of members of the governing New Patriotic Party (NPP).

In the past, advertisements were placed in the dailies, especially the Daily Graphic and the Ghanaian Times newspapers for interested persons to purchase forms at designated Post Offices, submit their particulars, including birth certificates, as well as educational certificates and other qualifications to GAF for assessment.

After this, they are invited for a body selection exercise, then medical examination, followed by an aptitude test before they are dispatched to the training centers.

But The Herald’s information is that, the transparent recruitment procedure has currently been reduced to “whom you know and who knows you” thus denying other highly qualified citizens equal opportunities to help protect and defend the territorial integrity of Ghana.

Again the normal procedure has been to recruit personnel for the Ghana Air Force, Army and Navy, but sending 1780 recruit for Army alone and having them trained at military training centers meant for the Air Force and Navy, look bizarre to many insiders.

The confidential document dated October 14, 2020, revealed that beginning October 26, 2020, 720 of the potential soldiers will be sent to Army Recruit Training School (ARTS) at Shai Hill in the Shai Osudoku District of the Greater Accra Region to commence their military training.

200 of them are heading to the Jungle Warfare School (JWS) at Akyem Achiase in the Birim South District in of the Eastern Region, while some 300 other recruits are to make it to Air Force Recruit Training School (AFRTS) at Takoradi in the Western Region.

The Daboya Training Camp (DTC) in North Gonja district of the Savannah Region, will host 360 recruits, while Armour Training School (ATS) at Sunyani in the Bono Region, will see some 200 men and women being trained as soldiers.

The document signed by one Lieutenant Colonel CT Broni for the Chief of the Army Staff (COAS), stated that “the overall Command and Control of the entire exercise is vested in the COAS Maj. Gen. T Oppong-Peprah (GH/2217). The DAdmin Col IA Salifu (GH/2810) is responsible for coordination and organization in liaison with HQ ATRAC.

The six-page document, issued from the Army Headquarters at Burma Camp in Accra and numbered “ARMY/6022/A (COORD)” with “restricted” written on it was captioned “Administrative instructions training of army potential recruits course 1-20”, the training started.

It stated that “Training of next batch of Army Potential Recruits is scheduled for Oct 20. The first batch One Thousand Seven Hundred and Eighty (1780) Potential Army Recruits is expected to commence at Five (5) trg [training] centres from 26 Oct 20”.

But ahead of the vigorous training exercise, a mandatory 14-day COVID-19 protocol examination are expected to be carried out on the potential recruits as well as their instructors, to ensure that only coronavirus free qualified young men and women are sent to the centres to prevent the outbreak of the global pandemic.

“Due to the COVID-19 pandemic, the potential, the potential recruits will be screened/tested are quarantined at their respective trg centres for 14 days (2 weeks) before they start trg. All instrs [instructors] will equally undergo mandatory screening/testing exercise before trg commences”.

The document further went on to say that “the aim of these instructions is to outline the assistance required and assigns responsibilities to facilities the smooth conduct of screening/testing and quarantine exercise of instrs [instructions] to ensure successful trg at respective trg centres”.

The training exercise according to the document will be handled in four phases with the first one being the “Collection of prospectus and grouping of all potential recruits on Mon 19 October and 20 at the Nicolson Stadium, Burma Camp at 0800 hrs”.

The second phase will cover Assy, screening, and movement of instructors and recruits from Nicholson Stadium to respective training centres after which the recruits will assy at the Nicholson Stadium in batches of not more than 200 persons at 0800 hours.

On Monday 26 October 2020, there will also be testing of COVID-19 for the first batch of 200 potential recruits and instructors tested for COVID-19, will be conveyed to ARTS to be quarantined for 14 days.

In the same vein, on 27 September all the way to 10 November 2020, the second to sixth batches of potential recruits and their instructors, will be tested and conveyed to ARTS, AFRTS in Takoradi for quarantine and training.

The subsequent batches that will fall on November 23, December 8, December 21 and December 22, will be conveyed to Achiase, ATS in Sunyani, DTC at Daboya.

Meanwhile, some have a question what may happen to these recruits in the event that government changes after the December 2020 polls?In the past recruits have been denied the opportunity because power changed and the NPP government in 2017, put on hold, recruits who were enlisted during the previous John Mahama government.

Just last week, Kennedy Agyapong, mentioned that he has helped over 1,000 people from his constituents to get jobs in various state institutions, including the security agencies.

“…Fire Service, Immigration, Police, NaBCO, Ghana Gas, everywhere. What do you expect me to do, after being elected five consecutive times to Parliament by my constituents?” Kennedy Agyapong explained on Net 2 TV’s ‘The Seat’ show. 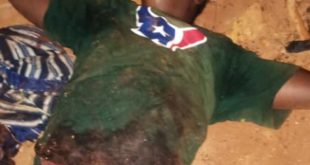