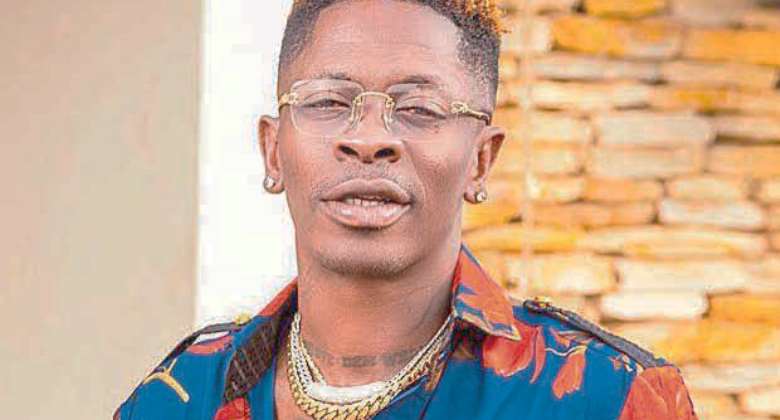 Shatta thanks his fans worldwide

Popular singer hints at putting donations into good use

Dancehall musician, Shatta Wale, has announced that an amount of GH¢13,000 has so far been sent to his mobile money wallet by fans who were moved by his appeal to donate towards settling his GH¢2,000 court fine.

On Friday, July 1, the leader of the Shatta Movement took to his Facebook page to render his appreciation to benevolent Ghanaians who have contributed money as low as GHC1.00

“Shoutout to all those who have sent me MOMO…from the day I asked people to send me money, I want to say that Shatta Movement get money.

The singer, who describes himself as a “spirit”, asked people who have so far donated cash to expect a miracle blessing in their life.

He added that he would soon communicate plans for the large sum sitting in his mobile money wallet.

“If you know you sent me as little as 10 pesewas, prepare for a change in your life. You won’t believe it, I am thinking of options for this money on this phone. Shatta Movement, it is about time we think about ourselves, right now we have about GH13,000. I have people who love me. Is this not beautiful?” he quizzed.

IMF
I = It
M = Mahama
F = Faith
It’s Mahama’s Faith!
NDC kindly make sure you come with a campaign massage that will benefit Ordinary Ghanaians and stop pressing E-Levy

An Accra Circuit Court on June 29, fined Shatta Wale an amount of GH2,000 for his 2021 publication of fake news that created fear and panic.

It would be recalled that the singer faked a gun attack that landed him and three other accomplishes in prison back in October 2021.

He however pleaded not guilty to the charge.

Shatta on Wednesday had a change of mind and pleaded guilty to the charge which attracted a fine by the judge. Failure to settle it will attract a three-month prison term.