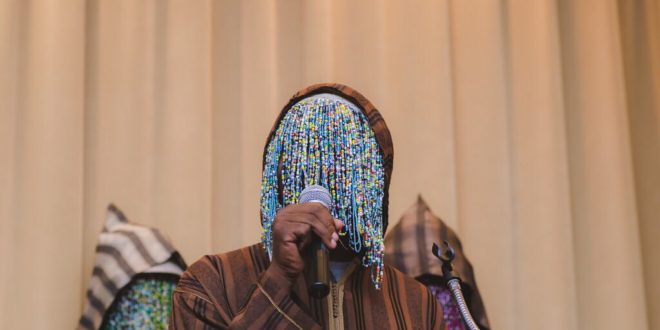 Anas Aremeway Anas has stated that he and the team that investigated malpractices at the Inter-Ministerial Committee on Illegal mining  gave GHC35,000 in total to the   secretary to the Committee Charles Bissue, who has now recused himself from the committee.

The latest undercover work by Anas caught several officials at the committee on video taking bribes to compromise their duties.

Mr. Bissue who resigned Friday night has claimed innocence in the matter and calls for thorough investigations into it.

We found Mr Bissiw abusing his office, breaching his fiduciary duties, engaging in bribery and corruption. These were uncovered by way of hard facts, captured on audio/visual recording, and electronic correspondence.

“Mr Andy Owusu, a link man for Mr Bissiw charged us fifty thousand cedis (GH¢ 50,000.00) to get us through to him. We negotiated for forty thousand Cedis (GH¢40,000.00) and he accepted it. Out of this amount he accepted part payment of fifteen thousand cedis (15,000.00). Mr Andy Owusu was also the one who told us how much Mr Bissiw was ready to accept to fast track the process for us. Mr Andy Owusu also linked us to “school boy” a national security operative for our safety at the illegal mining site.

My outfit, ORR Resource Enterprise, presented itself as a small scale mining company, whose license to mine had expired. In spite of this expiration, we still wanted to mine. We were prepared to go by the government’s directive to be vetted and verified by the IMCIM.

Under the Road Map for lifting of ban on artisanal and small scale mining and the way forward prepared by the IMCIM and published in August 2018, it was agreed that miners can go back to mine when the ban was lifted only after meeting the following requirements:

* Field Mapping and Verification of Artisanal and Small-Scale Mining Concessions; includes, mapping of boundaries of companies using Global Navigation Satellite System (GNSS) and drone technology to verify the existence and accuracy and location of each concession using GhanaPostGPS digital address system.
* Identification Cards to be issued to successful y vetted small scale mining companies
*Signpost to be erected at the concessions of the successfully vetted companies.

Contrary to the verification and vetting procedure as listed in paragraph 2.4 above, Mr Bissiw circumvented some of the procedures for ORR Resources Enterprise for a fee. We did not go through any vetting procedure. We did not go through the Minerals Commission, Environmental Protection Agency (EPA), Water Resources Commission (WRC) and Forestry Commission. Mr Bissiw took care of all of that for ORR.

Officials of IMCIM did not verify our concession document and did not make any demand for a power of attorney in the absence of the bona fide owner of the concession. We are of the considered opinion that the neglect and or failure to make a determination as to whether we were representatives of the owner was as a result of the money we paid to Mr. Bissiw.