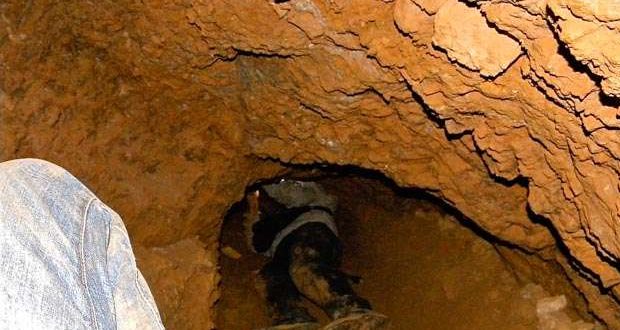 Galamsey fight: ‘Involvement of foreign nationals is deliberate attempt to deplete our environment’

The involvement of foreigners in illegal mining activities in Ghana popularly known as galamsey is a deliberate attempt by other foreign countries to deplete our environment, a Planning Lecturer, Dr Stephen Takyi has said.

The planner at the Kwame Nkrumah University of Science and Technology KNUST believes some countries; particularly China has a foreign policy of pushing its citizens into illegal mining in African countries to get more gold for their country.

“Some of us have delved deep into the menace of Chinese nationals destroying water bodies in Ghana all in the name of mining for gold”.

“What i can say is that illegal mining by Chinese is a foreign policy to reap in more gold into their country”.

Dr Takyi said this while discussing   the negative impact of illegal mining on the Kumasi based OTEC 102.9 FM’s “Nyansapo” show.

Dr Takyi noted that, Ghana has all the laws and the capacity to ensure that no foreigner ‘invades’ the country to engage in any illegal activity but has failed to do so on countless occasions.

“For foreigners to invade the country is a serious indictment on all public officers, political heads and agencies responsible for the presence and stay of foreigners in the country”.

“In other jurisdictions, the activities of foreigners are not left to chance. Foreigners are monitored from the first day they enter until the day they leave the borders of that particular country”. He told Captain Koda, host of the show.

Dr Stephen Takyi warned Government to stay off Aisha Huang’s trial if it has any intention to continue the fight against illegal mining popularly known as “galamsey” in Ghana.

Dr Stephen Takyi urged the government to rather allow institutions to work and prosecute her according to the laws of the land.

He  also appealed to the state to arrest and prosecute any other individual who aided and abetted the suspect including immigration officers who processed and allowed her to enter the country.

“I personally believe Ghana failed to clamp down the menace of  “galamsey”  following the government’s decision to let Aisha Huang go scot free after she was caught in the act in 2019”.

“Alleged political interference led to Aisha’s deportation even after it was established that she had engaged in illegal mining”.He told  Captain Koda, host of the show on Tuesday September 6, 2022.

“I share the same sentiments with those who said they do not understand why the government decided not to prosecute her”.

Dr Takyi maintained that, Ghana will be at the recieving end if Asiha Huang’s second arrest is politicized just like the first one.

Aisha Huang, aka Aisha Ruixia, a 47-year-old ‘galamsey’ kingpin who was deported in 2019 is back in Ghana and mining without license.

The Chinese national  was remanded into lawful custody by an Accra Circuit Court on Friday, September 2.

She is facing a charge of mining without a license and engaging in the sale and purchase of minerals without a valid license.

Her accomplices; Johng Li Hua, Huang Jei, and Huaid Hai Hun have been charged with engaging in the sale and purchase of minerals without a license and are also facing the law.

Previous Kentos Sings ‘Osey’ For Black Stars
Next Cut back or spend more – Meat, fish prices shoot up in Kumasi