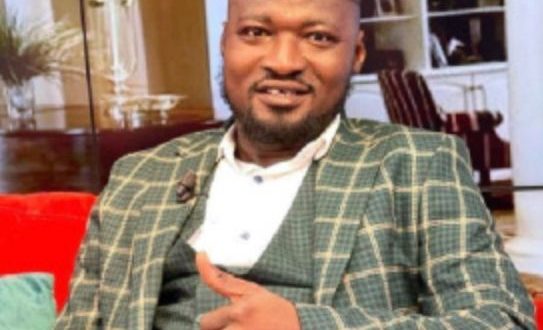 Benson Nana Yaw Oduro, popularly known as Funny Face, has recalled an instance when he became a subject of mockery by the kids in his neighbourhood following claims of his poor sexual performance.

Sometime in 2017, Funny Face’s ex-wife, Elizabeth Ntim, alleged that the comedian cannot last more than two minutes in bed, a claim, which necessitated all forms of mockery and verbal abuse from the public.

In what seemed like a war of words at that time, Funny Face’s ex-wife made such statements during an interview, after their marriage collapsed.

“I am beautiful and naturally endowed but Nana Yaw cannot satisfy me sexually. My ex-husband is suffering from early ejaculation and I had cautioned on several occasions but he wouldn’t listen to me,” she earlier stated in an interview with FN News.

But Funny, in an interview with Delay, has disclosed that the ‘two minutes’ tag badly affected him to an extent that kids whom he has a tight bond with, began disrespecting him.

“I have a connection with kids. It was them that made the issue get to me more. When they see me, they mock me all the time. Sometimes when they spot me in town, they whistle, raise their two fingers in reaction to the 2 minutes claim. Other times they chase me while singing ‘Opete 2 minutes, Opete 2 minutes. when you ask where they heard it, they’ll tell you it’s from their parents. I was shocked that parents discussed me in front of their children in their homes. It started as a joke but it became serious and things got really worse.”

The comedian further touched on the negative impact of his divorce.

“That news really hit me. First and foremost, the divorce hit me really hard, and then the two minutes issue set in because it was not true.”