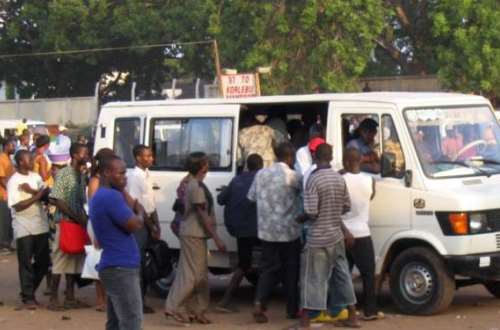 The Concerned Drivers Association says it is optimistic the Coalition of Private Transport Operators will agree on an increment in transport fares come February 2.

The Coalition of Private Transport Operators will on Wednesday, February 2, 2022, conclude its deliberation to either increase transport fares or continue to push for the reduction of taxes on petroleum products.

This comes on the back of concerns raised by transport operators on recent fuel price hikes.

Speaking to Citi News, Public Relations Officer of the Concerned Drivers Association, David Agboado said the operators will issue a public notice on their decision and new transport fares before they begin engaging Parliament for the scrapping of some petroleum levies.

“We will still increase the transport fares, and we will communicate it to the public on Wednesday then after that, we will still fight for the reduction of the taxes on the petroleum prices,” he said.

Meanwhile, the Ghana Private Road Transport Union (GPRTU), the country’s largest transport union, last week said the operations of its members have become difficult because they are currently running at losses due to the current price of fuel.

The General Secretary of GPRTU, Godfred Abulbire, in a Citi News interview said, they expected the government to keep its word by ensuring a reduction in the price of fuel but fuel prices have rather shot up.

He said the situation of drivers and car owners is unfortunate and there is an urgent need for them to be given some respite.

“All the efforts we made before the reading of the budget has not yielded any result. We were told that definitely from the next pricing window fuel prices would come down but that same night, GOIL was able to come down which was an indicator that what we were requesting will be achieved. So we concluded the meeting with the hope that by the following week, GOIL would go lower. Shortly after, fuel prices started going up, and far more than we thought. It is serious. We are running at a very serious loss,” he said.

Previous Confusion as Mzbel’s ‘huge funeral’ plan for late Muslim father is rejected
Next Whether you are Otchere or Darko, leave appointment of Black Stars coach to technical people – GFA exco member