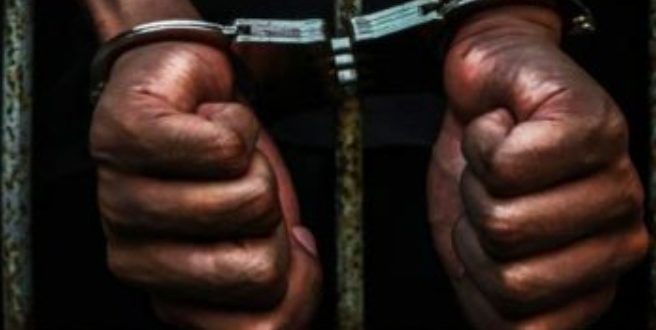 Fraudster who operates via Tonaton and Jiji arrested at Kasoa

Share
A 32-year-old online fraudster, Raphael Kle has been arrested for defrauding dozens of people on popular e-commerce platforms–Tonaton and Jiji.

The suspect, according to police information, advertises on the platforms under the guise of providing his victims with decent accommodation but ends up defrauding them.

The Ofaakor Circuit court presided over by his lordship Ebenezer Osei Darko, which heard the case on Friday, remanded Kle into police custody to reappear on February 18, 2022.

The police say over 30 cases of fraud have been levelled against the suspect.

Giving further details about his action, the District Police Commander for Kasoa Central, Chief Superintendent Timothy Dasaa said, the suspect uses a house built by his late father, one George Kle who was allegedly shot dead in 2011 after he was involved in a car-snatching syndicate operation within Labone, Osu and surrounding communities.

After receiving payments from his clients, he goes into hiding, making it difficult for them to reach him, and several attempts to reach him at his residence at American Junction prove futile since he has fortified his residence with wild dogs and CCTV cameras scaring away his victims.

“He has been on our wanted list for so many months. He will send you to the house, negotiate and makes sure you make the payment. Soon after making the payment, it will be difficult for you to contact him again because he has fortified the whole house with wild dogs, and he has cameras all over. We have about 30 cases now [against him], so my advice is that whoever has been defrauded by this Raphael Kle should come and lodge an official complaint, so we take it from there,” he said.

He further urged the public to be cautious when making purchases via online e-commerce platforms.