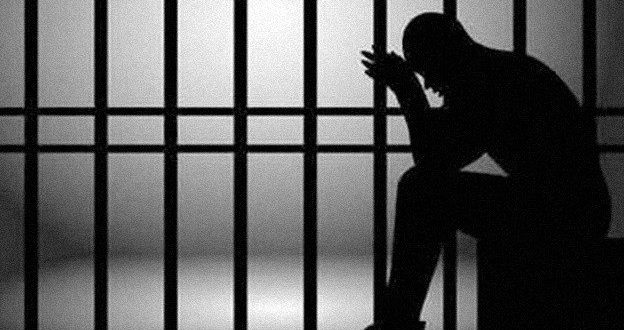 Four illegal miners have been jailed four years each by the Koforidua Circuit Court ‘B’ Friday for engaging in galamsey in the Atewa Forest Reserve.

Additionally, they were fined Ghc24,000 each.

The convicts pleaded not guilty to the Charges with some arguing that they were in forest to search for herbs to prepare herbal medicine, but after eight months of trial they were found guilty after prosecution proved beyond reasonable doubt that they were indeed mining in the Forest Reserve hence the sentence by the Court Presided over by Her Honour Mercy Addei Kotei.

The facts of the case presented to Court by the Prosecutor, Dickson Donkor- an Assistant State Attorney was that complainant in the case is a team of Forestry Taskforce from Kibi Range Division of the Forest Services of the Forestry Commission.

He said, on August 23, 2018 at about 6:30am while the Taskforce was on its routine patrol duties at Krenkren portion of the Atewa Forest Reserve near Potroase, a group of young men numbering about 20 including the convicts were seen busily engaging in illegal mining with seven water pumping machines but upon seeing the taskforce took to their heels.

He said the taskforce however managed to arrest the four convicts after a hot chase.

During interrogation at the Regional Police Headquarters by the CID the convicts failed to produce license permitting them to mine therefore charged with the offence.

Beatrice Kwakyewaa, wife of one of the convicts could not hold herself together after the judgement. She told Starr News she has five Children with the convict who is the breadwinner.

However, the Kibi Range Manager of the Forestry Services, Jones Agyei Kumi was happy the laws have been applied to serve as deterrent to many illegal miners who have been invading the Atewa Forest reserve to mine causing destruction to the vegetation and Biodiversity.

Previous Chinese Helena Huang to be declared wanted by the Police
Next BREAKING NEWS: NCA Shuts Down Pro-NDC Trinity FM and Fact FM in Bogoso