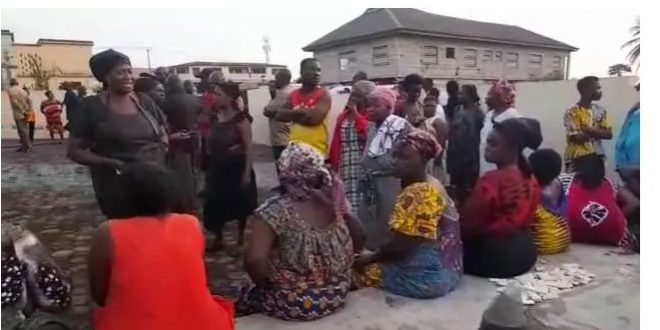 The unfortunate incident happened at Gyinyase in Kumasi and Asante Mampong in the early hours of Friday, March 11, 2022.

The Gyinyase fire is reported to have started around 12:00am.

The deceased, identified as 57-year-old Godfred Afenyo and his spouse 42-year-old Happy Danso, were asleep in a wooden structure, which served as place of abode, when the fire engulfed it.

Residents say the intensity of the fire made it impossible for the victims to be rescued.

“I was in my room when I heard a scream. I stepped out to observe what was happening only to see the wooden structure in flames. We couldn’t go closer because of the severity of the inferno. We quickly called the [Ghana National] Fire Service but it was too late for the victims to be rescued,” a resident, Kwame Adu, told 3news.com.

The eldest son of the deceased, Kingsley Asante, is yet to come to terms with reality.

“I’m extremely sad because I couldn’t meet my father before his death. It’s been more than a week since we spoke on phone and I promised to visit him this coming Saturday only to be called last night that my parents have been burnt to death. I thought it was a dream.”

In Asante Mampong, a 90-year-old woman and her grandson, 11, also lost their lives after fire gutted their five-bedroom house around 3:30 am.

The deceased were identified as Adwoa and Yaw Mensah.

Residents were thrown in a state of shock following the sad incident.

Investigation has commenced to unravel the cause of the two fires whilst the four bodies have since been deposited at the morgue.

These latest fires add to the alarming rate of fire cases in the Region.

The public is being advised to be fire-safety conscious especially in this season.