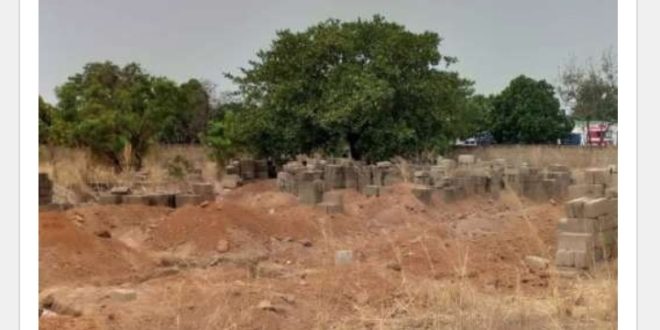 Four other people also sustained various degrees of injury during the incident.

An eyewitness told the Ghana News Agency (GNA) that Alhaji Inusah got infuriated over the attitude by a group of men who had dug foundation holes on a piece of land he (Inusah) claimed ownership of.

He said in an attempt to ward off the “encroachers” he used a pomp action gun to shoot at them but the bullet, unfortunately, hit innocent road users, killing the former lecturer on the spot.

A filing station attendant told the GNA on condition of anonymity that the engine of the lecturer’s vehicle got overheated and he parked on the shoulders of the road ostensibly to solve the problem.

The attendant said as soon as the deceased alighted he was accidentally hit by a stray bullet through the sporadic shooting and died on the spot.

“Those of us selling fuel here were lucky because long vehicles were buying fuel and the bullets hit one of the vehicles and that saved some of us,” the attendant said.

According to the eyewitness, a motorcycle rider and Bajaj tricycle rider, also known as “Yellow Yellow” were among the injured.

Meanwhile, ACP Peter Ndekugri, the Upper West Regional Police Commander, has confirmed the incident and said the suspect was in police custody and would be processed for court.

The four injured persons are responding to treatment at the Wa Municipal Hospital while the body of the deceased had been sent to the Regional Hospital Morgue.

Mr Vitus Songotuah, the Registrar of the Dr Hilla Limann Technical University, told the GNA that the late Stephen Mane retired from the University in 2021.

He described him as a very committed and knowledgeable lecturer who never joked with his lectures at the Secretarial and Management Studies Department.

Previous We’re closely watching you; apply rule of law and give Oliver fair trial – University of Cambridge writes to Ghana
Next UPPR Ghana Limited urges Ghanaians to patronise its waste bins & other products