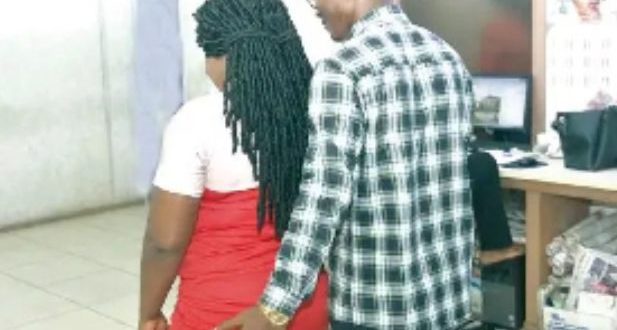 Share
A young lady who was involved with one of the Managers at First Atlantic Bank has detailed the serial harassment of female workers by the Bank’s Management members.

Deborah Adablah who was allegedly harassed into a relationship with one Ernest Kwasi Nimako disclosed in a writ which is now viral on social media that females who do not give in to harassment by Male Managers in the Bank are made to suffer at the hands of these leaders.

What’s even more shocking is the fact that Deborah Adablah in her writ of summons indicated that most of the male Senior Officers in the Office have female workers who are their girlfriends adding that they change them at will.

Deborah Adablah says she got involved with Ernest Kwasi Nimako who is the Chief Finance Officer of the Bank as a result of persistent sexual advances and the need to have her peace of mind.