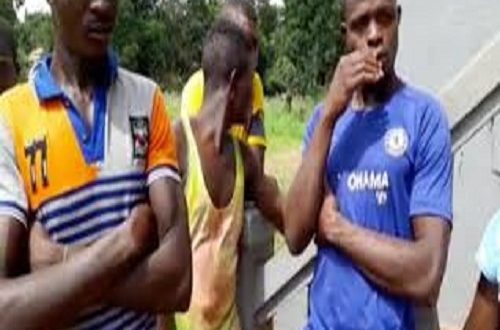 Thirteen Togolese and Beninois who have been under quarantine in Kumasi are pleading with authorities to repatriate them over what they describe as poor living conditions.

They were arrested over a month ago for illegally entering the country and tested for Covid-19 before being put under quarantine at a facility in Kumasi.

Although their results came out as negative, they are being kept at a facility in the Ashanti regional capital under police guard.

They allege that feeding there has not been the best. The group says food ration provided to them are irregular and they want to be reunited with their families.

“When we first came here were fed twice in the day – in the morning and in the evening – then we complained after which we were fed only once in a day.

“Sometimes we don’t get food for the whole day. Lately, we get food only in the evening…anytime the immigration officials come here we tell them that we don’t have food,” one of them told Luv FM’s Erastus Asare Donkor.

According to them, the toilet facility is not suitable for 13 of them and some of them have resorted to open defecation.

“We want to go back to our hometown because we are not happy living here. Food is an issue here and most of us are farmers and it is the raining season so we have to go back to work on our farms,” the worried foreigner said.

Medical officers have cleared the group to leave but the Regional Security Council, Immigration Service and National Security are yet to give them clearance to leave the country.