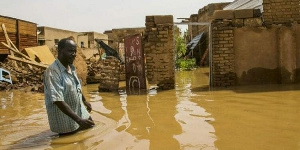 At least 24 people have been killed and more than 18,000 others displaced by floods in the rainy season starting from May in Nigeria’s northern state of Katsina, a relief agency official has said.

Some 16,625 houses were destroyed by the floods which have affected 34 local government areas of Katsina, said Umar Muhammad, head of the state’s Emergency Management Agency, at a press briefing in Katsina city, the state’s capital.

He said 1,620 acres (6.6 square km) of farmland were also submerged by the floods, and the state government would soon provide aid to affected residents.

Nigerian authorities issued an alert in May to 32 out of the 36 states and the Federal Capital Territory of the country, warning of severe flooding this year.