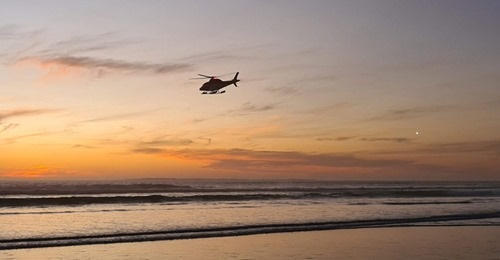 Five fishermen, believed to be from Mitchell’s Plain, capsized their 23-foot fishing boat near Rooi Els, just outside Pringle Bay on Thursday [November 26]. One fisherman aged 48 was located in the surf but was pronounced dead, another is still missing despite an extensive search – three others managed to get to shore safely.

NSRI Gordons Bay responded to the call for help and dispatched rescue boats.

Meiklejohn said, a search commenced for two fishermen who were missing and who were not accounted for.

Despite an intense sweep of the shoreline, a dive team and a helicopter search from the air, there has been no sign of the missing fisherman. Police divers continued the search operation into the early evening.

“The body of the deceased fisherman was brought to the NSRI Gordons Bay sea rescue station and the body of the man has been taken into the care of WC Government Health Forensic Pathology Services,” he said.

Police have opened an inquest docket.