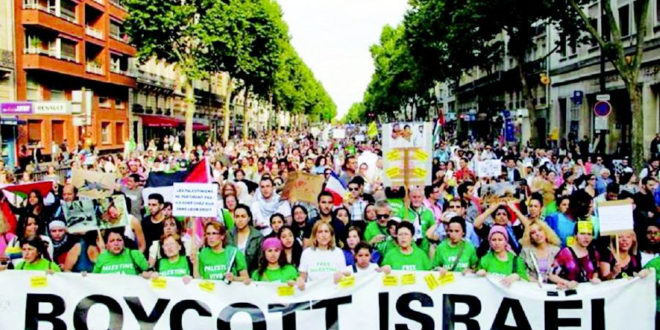 South Africa has already completed stage one in the process of the downgrading of South Africa’s embassy to Tel Aviv, and South African ambassador to Tel Aviv, Sisa Ngombane, is back in South Africa, said Minister of International Relations, Lindiwe Sisulu, on Wednesday.  Speaking at the South African Institute of International Affairs in Johannesburg, Sisulu went on to say:
“Our liaison office in Tel Aviv will have no political mandate, no trade mandate and no development co-operation mandate. It will not be responsible for trade and commercial activities. The focus of the Liaison Office would be on consular and the facilitation of people-to-people relations.”

DIRCO’s decision to downgrade its embassy in Tel Aviv is the implementation of a resolution taken at the ANC’s 54th elective conference in December 2017, directing the South African government to “immediately and unconditionally downgrade the South African embassy in Israel to a liaison office.” The ANC called the resolution “a practical expression of support to the oppressed people of Palestine” and a means to pressure Israel to end its occupation of Palestine.

Palestinian Authority (PA) ambassador to South Africa, Hashem Dajani, welcomed the move. “South Africa represents the values of dignity, freedom and justice, and is fully aware of the importance of its pioneering role in international solidarity with the oppressed peoples of the world, especially the Palestinian people. This support will surely contribute to peace and security in our world,” Dajani said in an interview with the Afro-Palestine Newswire Service.

Hamas spokesperson, Basem Naim, hoped that the downgrading would eventually escalate to a complete boycott of Israel. “We thank South Africa for the steps it has taken to express its anger at the apartheid policy of the Israeli occupation state,” Naim told the Afro-Palestine Newswire Service.

Israel’s lobbyists, however, have warned that downgrading the embassy in Tel Aviv would harm South Africa economically.

According to Na’eem Jeenah of the Afro-Middle East Centre, cutting ties with Israel won’t hurt the country.
“Whether there are any trade implications from a downgrade will depend on how Israel responds. Even if Israel places obstacles to trade between the two countries, the effect will be insignificant. The trade volumes are not significant enough to be of great concern to South Africa. Israeli imports can easily be replaced with substitutes from elsewhere or by locally-developed technology. Israeli technology is not indispensable,” explained Jeenah.

Jeenah also dismissed claims that a downgrade will negatively affect South African Jews and Christians’ ability to travel to Palestine-Israel for religious reasons. “This is nonsensical. This fear can only be realised if Israel denies entry to Jews and Christians.”

According to Jeenah, Venezuela and Bolivia are useful examples. “Their Jewish populations continue to enjoy normal ties with Israel, and the Chavez government even secured Jewish religious sites in 2009, protecting the country’s Jewish population from protests against Israel’s 2008-2009 Gaza massacre.” This, Jeenah argues, is the kind of responsibility that the South African government should also adopt.